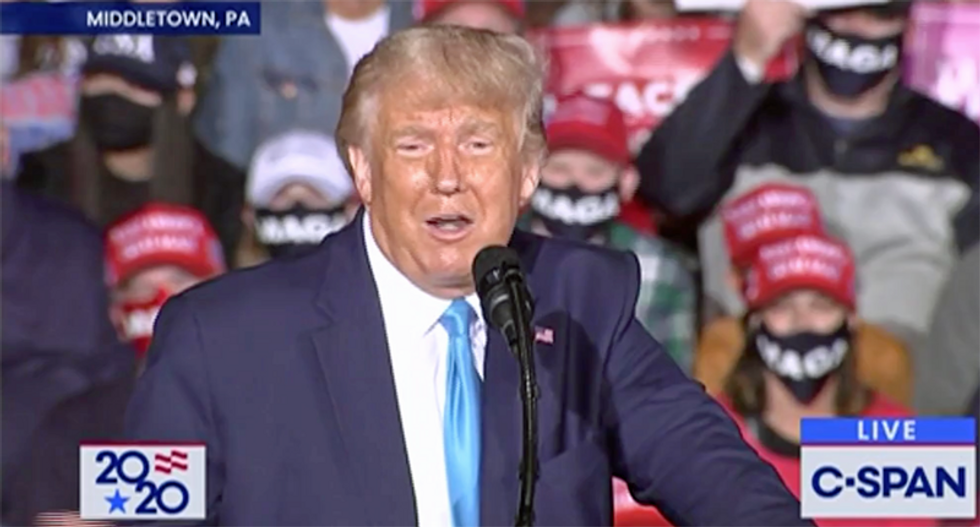 The leader of the free world spoke of the Nobel Peace Prize as if he had repeatedly won the award.

Trump made the complaints he has not received the recognition he thinks he deserves during a campaign rally in Middletown, Pennsylvania.

"They didn't cover two Nobel Prizes," Trump says he told first lady Melania Trump. "I got two in one week, did you ever hear of that?"

"But the fake news never even put it on," Trump whined. "And somebody had a show and where they said, 'the amount of time devoted to Donald Trump's Nobel Peace Prize -- two of them -- zero on the networks, zero.'"