Trump's campaign is collapsing because he showed how 'ugly' racism can be: conservative 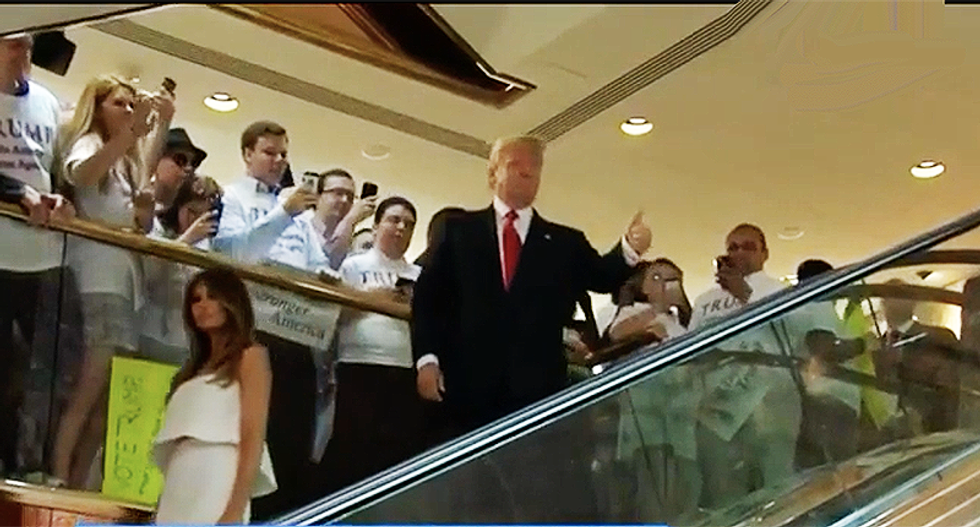 The normal doom and gloom that conservative columnist Jennifer Rubin writes for the Washington Post was put aside Sunday for an encouraging message that she still believes that most people are good at heart.

"For all of Trump’s Confederate flag-waving, race-baiting and efforts to play on White grievance, the public remains supportive of Black Lives Matters, recognizes the existence of systemic racism and supports Black athletes’ efforts to raise awareness of racial injustice," wrote Rubin.

Citing a Pew Research survey, Rubin explained that 44 percent of Americans say it's more difficult to be Black in America than White and 32 percent say it is a little more difficult. It's a change from the early days of Trump's presidency and certainly since the Trayvon Martin slaying. Only 23 percent say that it's no more difficult.

Rubin went on to recall the moment Trump came down his golden escalator at Trump Tower to announce that Mexican immigrants are all rapists. Even Trump seems to be evolving on immigrants, realizing that the only way he can win is to hide his racism and try to claim his opponent is the real racist.

Perhaps the Pew survey is one of the reasons that Trump realized he can't attack Latinos anymore.

“An increasing share of registered voters — Trump and Biden supporters alike — say the growing number of newcomers to the country strengthens American society," said the report. "In the new survey, 60 percent say this, while 37 percent say this threatens the nation’s customs and values.”

It was just four years ago that 50 percent called immigrants were more of a threat and 46 percent said they strengthened America. Trump's racism has had an added benefit of forcing Republicans to choose if they want to be aligned with the president's racism or not.

"Despite Trump’s Muslim travel ban, Islamophobia is also down," Rubin also cited numbers from a few years ago showing a narrow majority of Americans (54 percent) saying Islam encourages violence. Today, however, that number is just 45 percent and 51 percent of respondents say it doesn't encourage violence.

The loud, violent white nationalists and extremists are only a small minority of Americans, they just happen to be louder and more organized.

"Real progress in addressing racial justice and comprehensive immigration reform is possible next year — provided Trump and his Republican allies lose, and lose badly. If nothing else, Trump has reminded us just how ugly the face of blood-and-soil nationalism can be," Rubin closed.