Trump’s counter-intel vulnerabilities are greater than any president in modern history: Peter Strzok 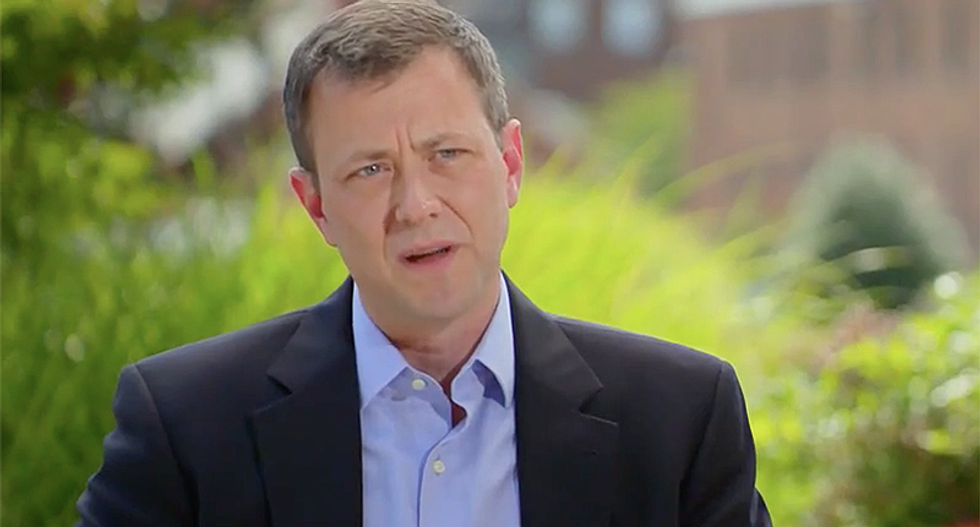 In an MSNBC interview with former FBI agent Peter Strzok, host Hallie Jackson addressed the strong language Strzok uses in his tell-all book about the investigation into President Donald Trump.

Calling it the most "urgent" election in his life, Strzok said, "President Trump's counter-intelligence vulnerabilities are greater than any president in modern history." He qualified it by saying that it wasn't an exaggeration.

He explained that it goes back to President Donald Trump "fighting tooth and nail" to prevent the release of information like his taxes and financial documents. "There is something there that he doesn't want out," said Strzok.

Strzok was one of the agents that former Lt. Gen. Michael Flynn lied to when he lied about trying to get Trump a backchannel communication to Russia before he was inaugurated. Strzok knew that Flynn lied and Flynn confessed to the crime, despite the recent decision by the Justice Department to drop the charges. Calling it a "miscarriage of justice," Strzok explained that he thought it was likely caused by political pressure by the White House and the Department of Justice.

Jackson addressed the fact that most people don't consider Strzok a reliable source because he was so against Trump during the election. Still, Strzok said that if people listen to what he has to say, "you are not going to step away from that without a deep concern of our president's interactions and relationship with the government of Russia."

He said that he knows that his book will only reignite battles and attacks from Trump, but he believes that it is that important.