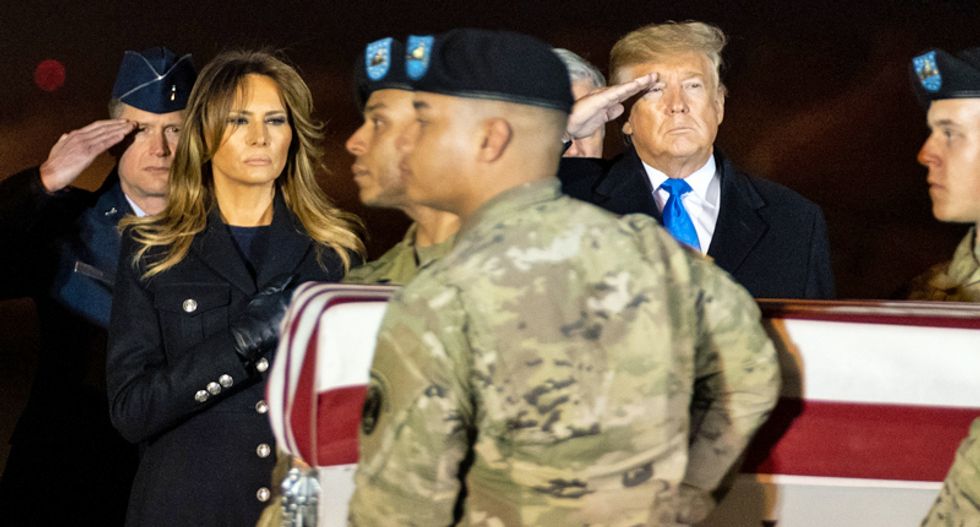 The White House has been in damage control all day on Friday after a damning report first published in The Atlantic was broadly confirmed by the Associated Press, The Washington Post and Fox News.

One of the reasons the scandal could be particularly damaging for Trump's 2020 reelection is because of many previous remarks from the president on public service.

The Lincoln Project, the group of former top GOP strategists seeking to oust Trump and his defenders in the November election, urged voters to "wake up" to the pattern in a new video.

The ad reminds voters of the reports Trump did nothing after being briefed that Russia was paying bounties for the killing of U.S. troops in Afghanistan. The ad also brings up shocking comments Trump reportedly made to the family of Sergeant La David Johnson, who was killed in action. And the ad mentions the attacks Trump launched against John McCain for being a prisoner of war.