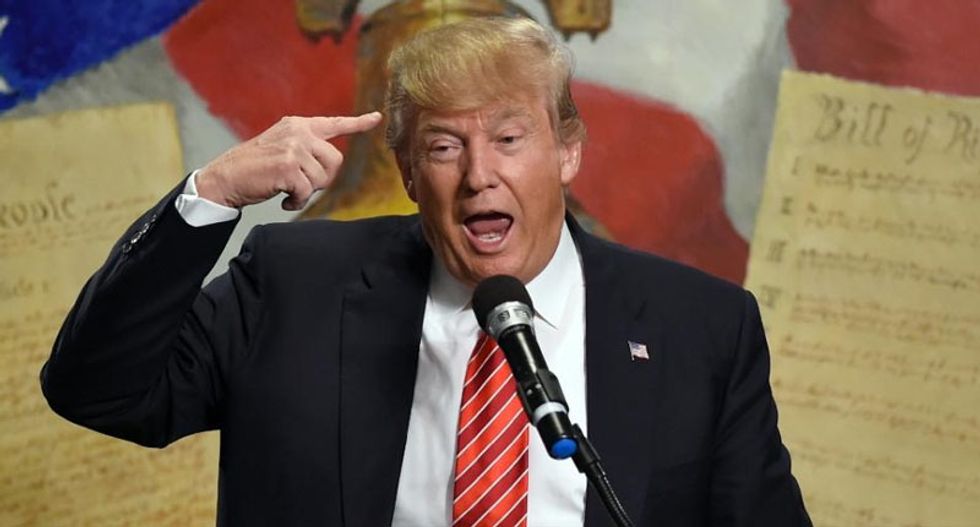 President Donald Trump held a roundtable to discuss issues of importance to Latino voters in Doral, Florida on Friday, but it quickly went off the rails as the president attacked Democratic rival Joe Biden's mental acuity.

During the discussion, the president babbled about the border wall that he still hasn't finished building after nearly four years in office.

The president then suggested that he'll beat Biden in next week's debate because the former vice president doesn't have the mental strength to defeat him in a battle of wits.

"So Biden's a weak guy, I think, we have a debate coming up, it'll be interesting," he said. "It's like going into a match, a little bit less physical. But it's, you know, to win matches you need that up here."

The president then pointed to his brain.