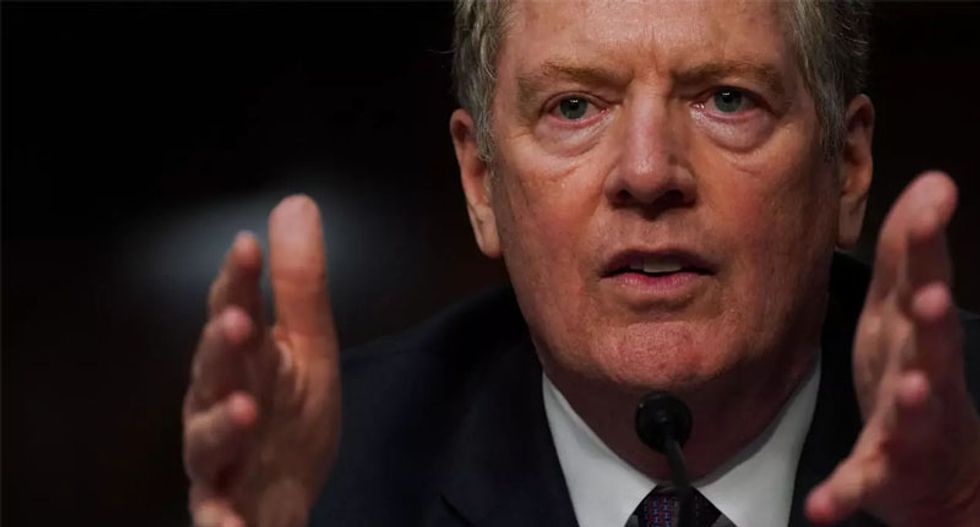 US Trade Representative Robert Lighthizer, pictured at the US Senate in June 2020. (Anna Moneymaker POOL/AFP/File)

The US responded defiantly on Tuesday to a World Trade Organization report criticizing President Donald Trump's tariffs on China, blasting the organization as "completely inadequate" in holding Beijing accountable.

"The United States must be allowed to defend itself against unfair trade practices, and the Trump administration will not let China use the WTO to take advantage of American workers, businesses, farmers, and ranchers," US Trade Representative Robert Lighthizer said in a statement.

A panel of experts set up by WTO's Dispute Settlement Body ruled the tariffs on about $250 billion worth of Chinese goods were "inconsistent" with global trade rules, and recommended that the US "bring its measures into conformity with its obligations."

The panel was created in January last year to review Trump's decision to hit China with the tariffs in 2018, which marked the beginning of a trade war between the world's two largest economies.

Beijing and Washington reached a partial truce earlier this year with the signing of their "phase one" trade deal.

Lighthizer said the WTO verdict would have "no effect on the... agreement between the United States and China, which includes new, enforceable commitments by China to prevent the theft of American technology."

Tuesday's announcement marks one of the first in a series of anticipated panel rulings over complaints filed by a long line of countries over Trump's decision to slap them with steep tariffs on steel and aluminum imports.