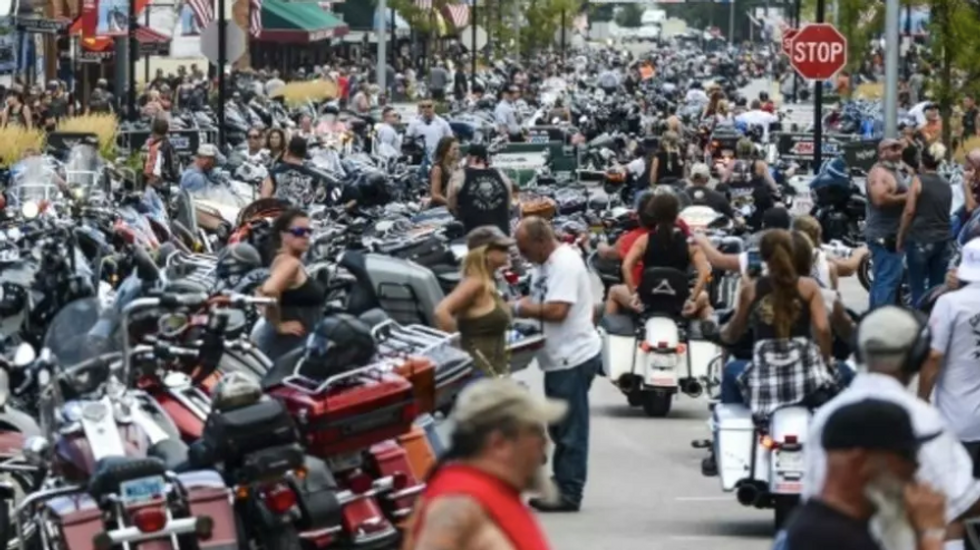 Motorcyclists, some coming from hundreds of miles away, fill the streets of Sturgis, South Dakota, as part of a huge cycle rally GETTY IMAGES NORTH AMERICA/AFP/File

A massive motorcycle rally held in the US state of South Dakota last month may have been responsible for 260,000 new coronavirus cases, according to an analysis published Tuesday.

This figure, which came from a paper that hasn't yet been peer-reviewed, would represent the biggest Covid-19 spreading event documented in the US to date.

The study was published by the Institute of Labor Economics and conducted by economists at the University of San Diego who studied the Sturgis Motorcycle Rally, which drew an estimated 460,000 people from August 7 and August 16.

The analysis is a statistical approximation based on anonymized cell phone data that documented the influx in the town from non-residents and showed where they came from.

The data also showed a rise in foot traffic at restaurants and bars, retail establishments, entertainment venues, hotels and campgrounds.

Using data from the Centers for Disease Control and Prevention (CDC), the researchers then showed that a month following the rally, cases in the county where Sturgis is located rose by six or seven per 1,000.

US counties that contributed the highest numbers of attendees experienced a rise of 7 to 12.5 percent in the number of cases compared to those that did not contribute inflows.

Researchers said their calculations indicated "a total of 263,708 additional cases in these locations due to the Sturgis Motorcycle Rally".

A limitation of the study is that it was based on statistical methods, rather than tracking and surveying rally participants.