Vehicles being used as weapons against protesters is 'the new normal in 2020': CNN 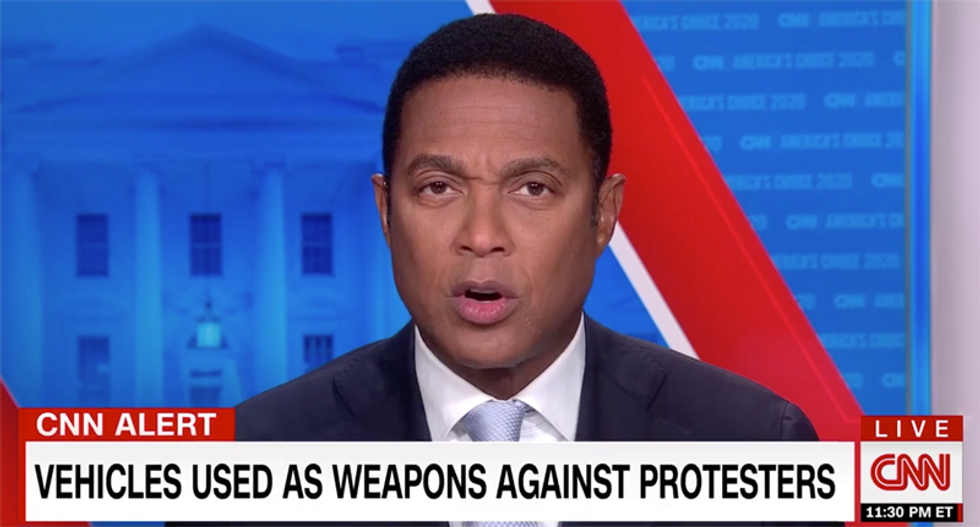 CNN's Don Lemon on Friday evening devoted a segment to the rash of incidents in which people have driven through Black Lives Matter protesters in the same manner that killed Heather Heyer at the fatal 2017 "Unite the Right" rally in Charlottesville, Virginia.

"Vehicles used as weapons," Don Lemon began. "You heard me right, vehicles are being used as weapons against Americans taking to the streets in Black Lives Matter protests in cities across this country."

University of Chicago doctoral student Ari Weil said he had tracked 104 incidents since late May.

Memes celebrating such assaults have even been spreading among the far right."

"Don, we're seeing a lot of things that we call the new normal in 2020, and reporting this story out, I learned just how normal these horrific incidents had become," McMorris-Santoro said. "There are so, so many of them, including one last night, and it's really, really scary stuff, Don."