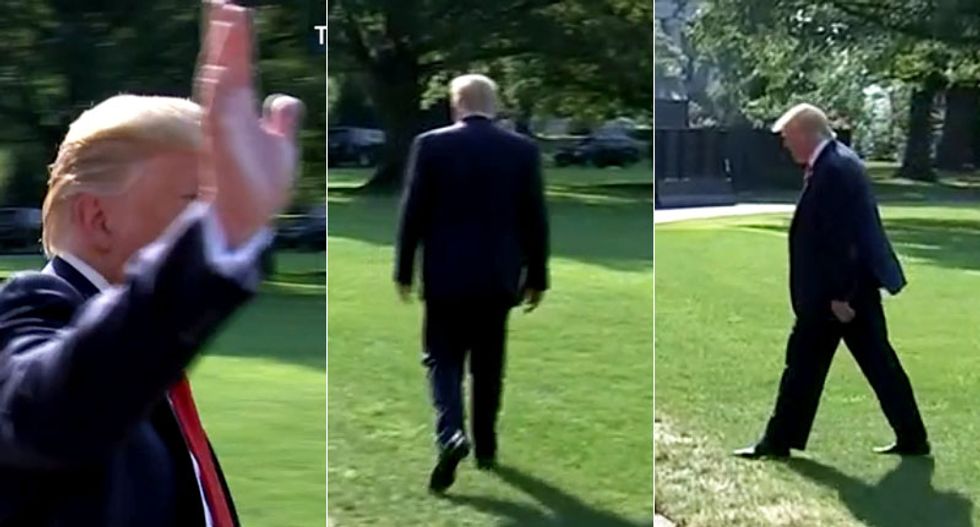 Two videos related to President Donald Trump have gone viral over the Labor Day weekend. But neither video is an accurate representation of reality.

One video, which quickly gained more than a quarter of a million views after being shared on Twitter, appears to show an entire billboard for Trump’s 2020 campaign being pulled down and destroyed.

But the video has been manipulated. The original version of the video, uploaded to YouTube in 2015, shows an advertisement for BFGoodrich Tires.

A second video, which has racked up more than 2 million views on Twitter, purports to show the president wandering aimlessly. The man who posted the video claims it is evidence of “frontotemporal dementia.”

Trump was simply walking back to wait for FLOTUS here This false tweet has over 23K retweets and the deceptively e… https://t.co/kzRYZpNACw
— Will Steakin (@Will Steakin) 1599490025.0

But a longer version of the video, from 2019, shows Trump is walking towards his wife Melania before they depart in a helicopter.