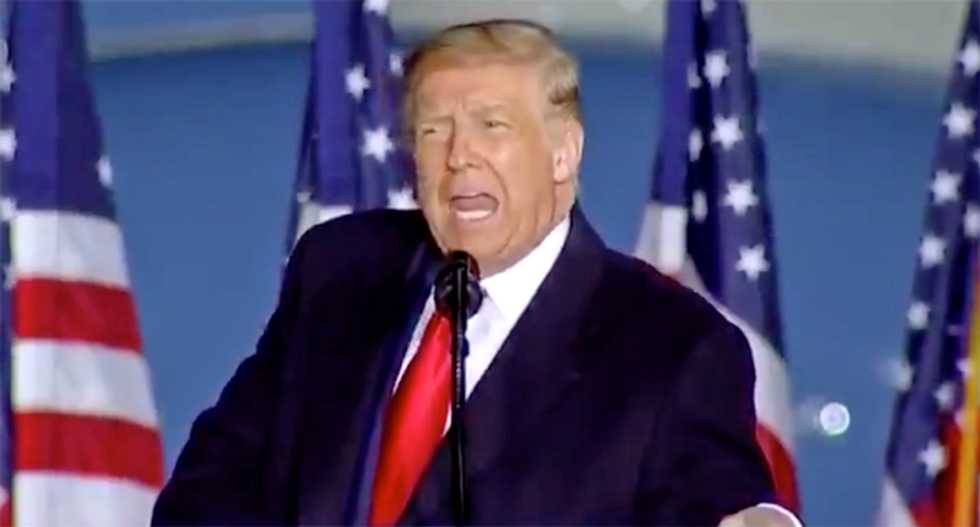 On Thursday, Politico reported that Wall Street bankers are prepared to adapt based on whoever wins the White House in November — but that the potential prospect of President Donald Trump refusing to accept an election loss is raising serious alarm.

"Wall Street can deal with whoever wins the presidential election this fall. What investors can’t stomach — and are increasingly nervous about — is a rapid descent into banana republic-style chaos, in which the result is either unclear for months or President Donald Trump loses but refuses to leave office," reported Ben White. "Though Trump has repeatedly complained about the potential for widespread voter fraud — despite multiple studies suggesting such fraud is extremely rare — his latest warning came against a backdrop of rising angst nationwide about a polarizing fall."

Following his refusal on Wednesday to agree to a peaceful transition of power, Trump doubled down on his position the next day. He has suggested a key reason he wants to fill the vacant Supreme Court seat ahead of the election is to strengthen his legal position when he challenges mail-in ballots.

"The rising uncertainty about a post-Election Day fight is already spurring increasingly aggressive bets on Wall Street for a surge in volatility in the coming weeks," continued the report. "Major stock indices have lost close to 10 percent since hitting Covid-era peaks at the start of September. The declines in recent weeks followed signs of softening in the economic recovery as well as fear of further deterioration without fresh economic aid from Capitol Hill."

“There are a lot of factors pressuring the stock market right now and the potential for a hotly contested result is certainly one of them, especially as we are now inside 40 days til the election and we are in a time where there is already so much social tension,” said Janney chief investment strategist Mark Luschini. “This does have the potential to incite the kinds of protests we’ve seen and the metastasizing of social unrest. And investors would be more inclined to sell first and ask questions later.”