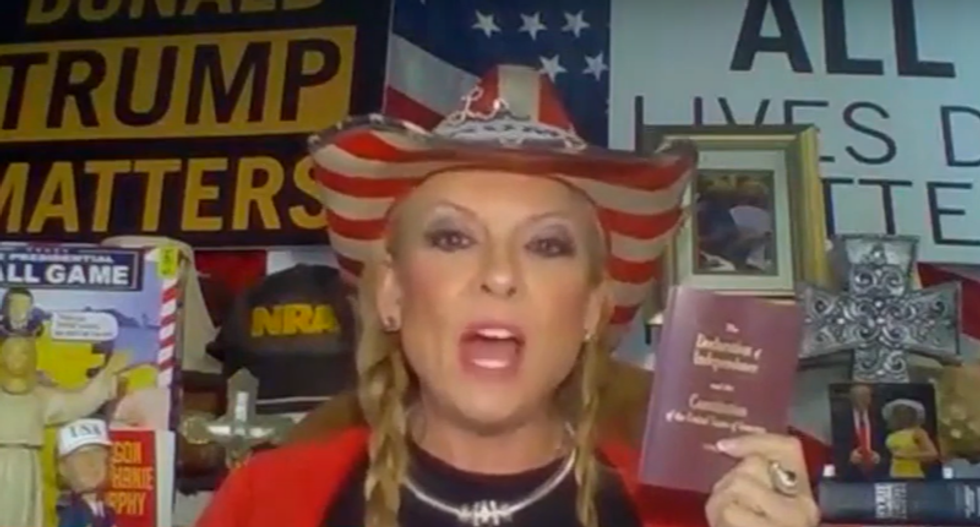 On CNN Tuesday, a focus group of suburban women who voted for Trump in 2016 argued over the president's record on racial justice. Three of the six women will be voting for Trump again in 2020 — but the other three will not, and opened up about why.

"Being shot in the back, to me, is one of the worst things, because that means you're retreating and to shoot seven times in the back," said Wisconsin voter Lori McCammon. "I don't understand it. I don't understand. And he was shackled to his bed — his hospital bed and his children were in his car, there's no explanation for it other than if he were white that would not have happened."

"Okay, let's look at what really happened here," said L. A. Key, a Florida voter who still supports Trump. "They had a warrant for his arrest, the police were looking for him, the police tried to apprehend him peacefully, he fought with them."

"Bless your heart," said Key. "I'm sorry you don't believe that, I am no racist."

"The left wants to defund the police and take away the guns—" said Michele Morrow.

"No, no. I'm tired of the lie that Democrats want to take your guns away," said Freeman. "No, they don't. I know plenty of gun-carrying Democrats. I have a house full of them. What they want is a more structured gun ownership plan, besides everybody running around and it being the Wild, Wild West."

"All of us on this panel are white, so none of us understand what it's like to be a Black person," said McCammon. "To be told by your mom you better make sure that you have a receipt for that 25-cent candy bar when you leave the store so they don't think they stole it. And President Trump is just making it worse. He doesn't have a plan. He's not — he needs to get in front of that camera and tell everybody, stop. Stop with this rioting and bring people together."