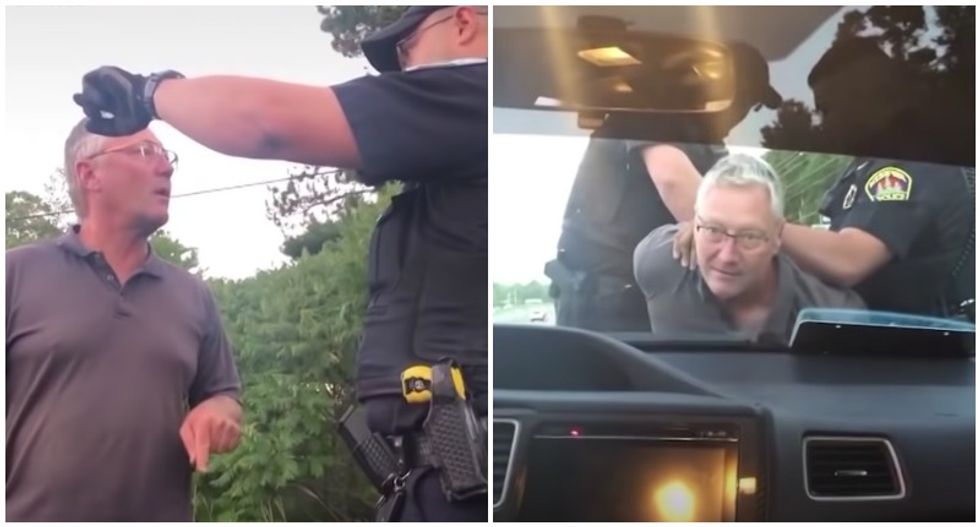 The conservative mayor of Nisswa, Minnesota, is known for making controversial, racially-tinged comments. This past Saturday, Mayor Fred Heidmann happened upon a traffic stop as he was walking his dog. The police who ended up searching the car they stopped, and Heidmann felt the need to intervene, City Pages reports.

"What are you guys doing?" he said while approaching the officers with his cellphone camera out.

"You guys are emptying his f*cking car out on the road," he said to the officers. "What the hell are you guys up to? Don't you guys have something better to do, like patrol the goddamn streets?"

When one of the officers told Heidmann to leave the scene, Heidmann escalated the situation.

"You know what? I'm the mayor of this f*cking town, and you guys get the hell off our highway out here," he said, before calling the officers "f*cking dinks."

"You'd think up in this area we'd have some decent fucking cops," he continued. "You're as bad as the f*cking dinks down in Minneapolis."

Heidmann left the scene, but later returned to continue confronting the officers. That's when one of the officers grabbed his arm and place him under arrest.

In a statement to the Dispatch, Heidmann said he was worried "what impression this was making with the hundreds of vacationing families going by seeing what appeared to be tourists having their goods rifled through."