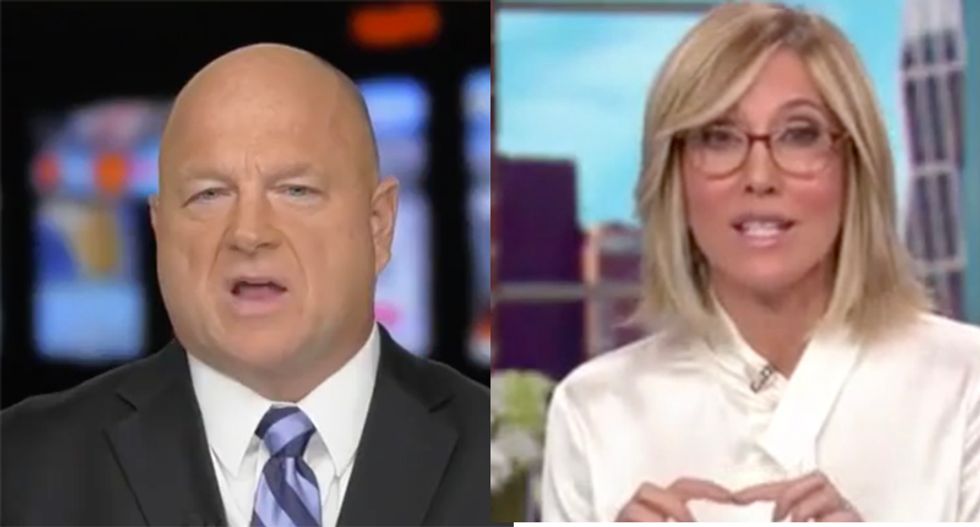 "He's not going to increase your taxes or take away your guns," said Urban. "He's not going to do all of the things that Joe Biden and the Democratic platform says he's going to do. With respect to taxes, I just want to point out I made a graphic of what you had up earlier. He paid 1 million bucks in 2016."

"That's not what The New York Times says," cut in Camerota.

"No no no. Alisyn, it says he paid $1 million in 2016 and he paid $4.2 million in 2017," said Urban. "Then, Alisyn, what happened was he got — he got a credit — a carry-forward which reduces tax liability to $750 ... just to be factual because we care about that. Here's a number that Americans care about. Joe Biden's proposed tax plan raises Americans' taxes by $3.4 trillion. That's the tax number Americans care about. They don't care about 750 bucks. They care they Joe Biden is goes to raise taxes." (Biden has called for raising taxes only on people making over $400,000.)

"I see how much on the defensive and how much under the skin the tax story is, and David is reflecting it right now," said Navarro-Cárdenas. "And I think this idea that David just mentioned that average Americans don't care that the president paid $750 on two years, and many years before that paid zero, nada, zilch, nada, I think that is absolutely wrong, because I think all of those first responders, I think all of those essential workers, I think the people who he's attacked so many times — undocumented workers. His own undocumented workers. The ones who worked on his —in his properties, who he fired when the reporters found out he had undocumented workers, paid more taxes than Trump does."

"I hope Joe Biden brings that up, because the average American is pissed off at the idea that the rich guy is gaming the system while they're making sacrifices, working two or three jobs at a time to put food on their own table," she added.