WATCH: Michael Cohen's daughter details Trump's 'creepy' ogling of her when she was just 15 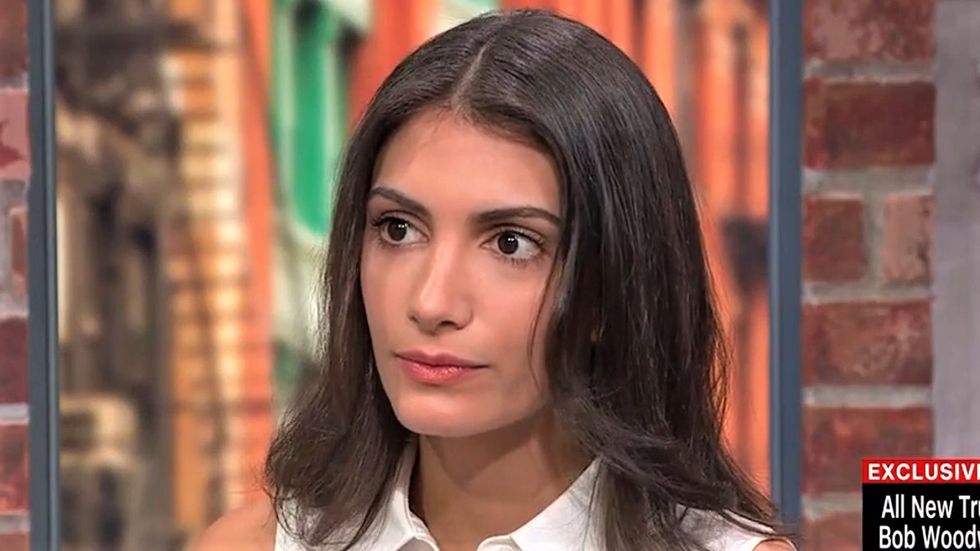 Samantha Cohen, the daughter of former Trump fixer Michael Cohen, talked with CNN's Alisyn Camerota about "creepy" comments President Donald Trump made about her when she was just 15 years old.

During a CNN interview, Camerota read an excerpt from a recent Vanity Fair profile of Michael Cohen in which he described Trump whistling at his then-15-year-old daughter and calling her a "piece of ass."

Samantha Cohen then told Camerota that she distinctly remembers that Trump commented on her appearance and used it to degrade her father.

"What stood out to me in that moment was he said to my dad, 'Well, there's no way that she got her looks from you, thank God you married a beautiful woman,'" she told the CNN host. "And I was desensitized to men making creepy comments about me, but I was not desensitized to someone blatantly insulting and degrading my father in front of me."

Cohen went on to say that she didn't believe that Trump was actually making advances toward her, but she did say that she "had the impression that he was interested in younger women and that, you know, women would age out for him and that when one woman became too old, he'd find a new younger one."