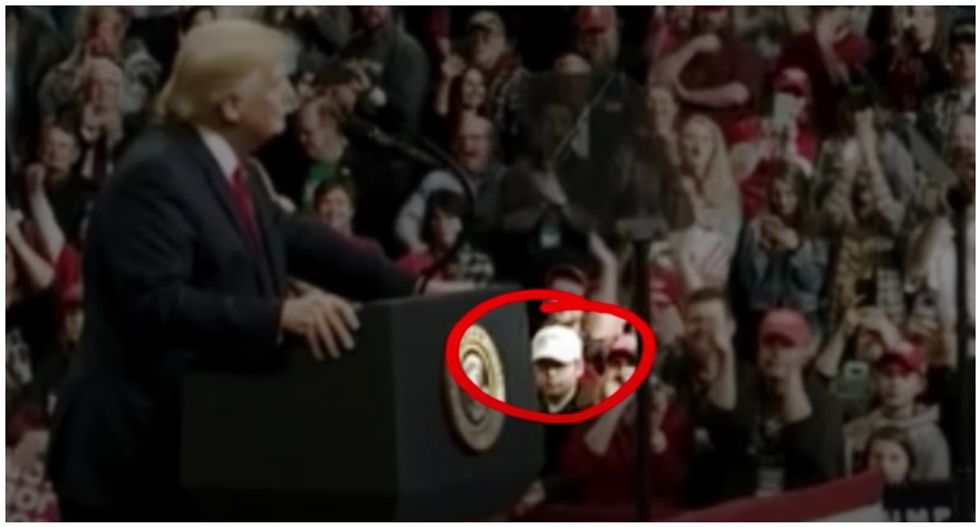 According to a new ad released by the anti-Trump Republican group Lincoln Project, the 17-year-old who killed two people and wounded another with an assault weapon during rioting in Kenosha, Wisconsin, was directly influenced by President Trump. The video was exclusively shared with Morning Consult.

The video begins by showing the St. Louis couple that pointed guns at Black Lives Matter protesters in June, then goes on to link the couple to Kyle Rittenhouse, who is charged with six criminal counts, including first-degree intentional homicide. The ad shows Rittenhouse sitting at a Trump rally which took place on January 30.

According to the ad, Rittenhouse consumed Trump's message of "hate and division" while attending the rally. The video then frames the St. Louis couple and Rittenhouse as agitators influenced by Trump.

"Donald Trump honors them at the convention. Their only achievement: they threatened peaceful Black demonstrators with guns. Less than 24 hours later, a young man follows their example and kills two unarmed demonstrators," the video says.