WATCH: Public health officials rip Trump-loving mayor to his face after he links them to 'violent mobs' 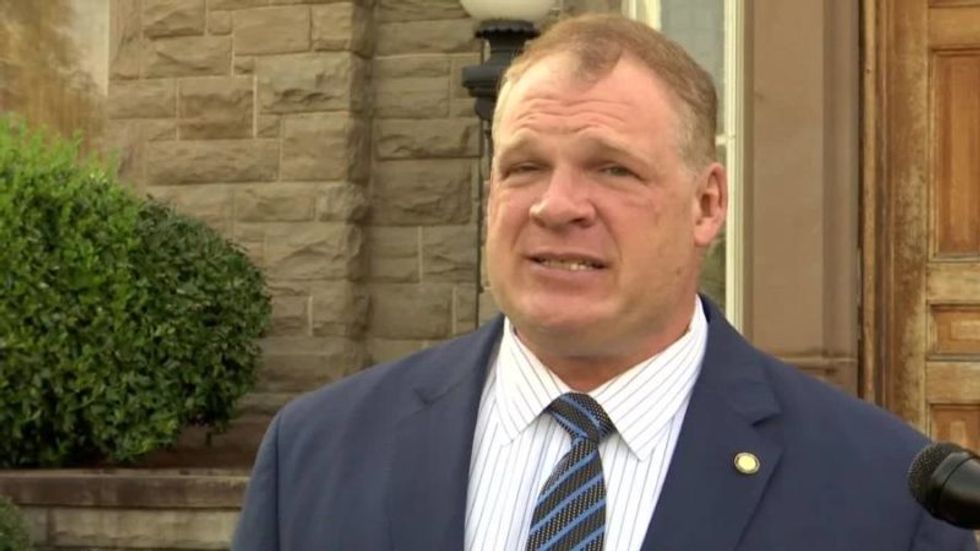 Tennessee Mayor Glenn Jacobs came under fire from his own public health officials this week after he narrated a video that attacked them as "sinister" bureaucrats who were linked to "violent mobs" trying to install a "socialist utopia."

Knox News reports that during a Knox County Board of Health meeting on Wednesday night, several members of the board ripped Jacobs to his face for narrating and posting a right-wing propaganda video that claimed scientists were working with left-wing anarchists to bring down the United States.

The board members in particular were upset that their own faces were shown in the video while Jacobs described them as "unelected bureaucrats who cast down edicts which carry the force of law with no accountability."

"My neighbors, both Republicans and Democrats, patrol my neighborhood to make sure people aren’t harassing us," said board member Dr. Maria Hurt of the dangers she and her family face from right-wing conspiracy theorists.

"As a military officer who has sworn to defend this country I felt threatened by what I saw," said board member Dr. Patrick O'Brien. "This division has got to stop. We’re in this together."

And board member Dr. Martha Buchanan told Jacobs that board members had experienced increased threats after he posted the video.

Jacobs said he was sorry if any board members felt threatened by his video, but did not apologize for making it.