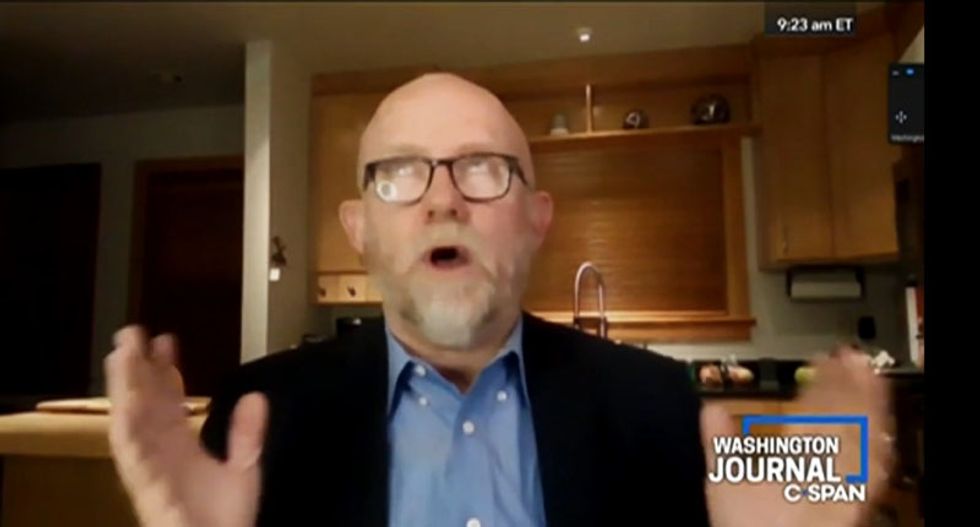 Rick Wilson of The Lincoln Project during an appearance on C-SPAN. (Screenshot)

During a segment on C-SPAN Monday morning, the Lincoln Project's Rick Wilson took questions from viewers, some of whom were Trump supporters who are less than appreciative of his work.

At one point during the segment, Wilson took a call from a woman named Sandy, who said she's "seen this guy before hanging out with the Democrats, making fun of Donald Trump."

"I don't believe he's a Republican at all, ever," Sandy continued. "He's another hater. He spouts the Democrats' points -- and he says he's gonna come knock on [the doors of] Republicans who voted for Trump? Well, you sound more like Antifa to me."

"Yeah, that's me," Wilson shot back sarcastically. "I'm totally Antifa. You got me."

Another Trump supporter named Daniel scolded Wilson for wanting Joe Biden to be elected. "Pal, whatever you're taking, keep taking it but stay off the tube," he told Wilson.