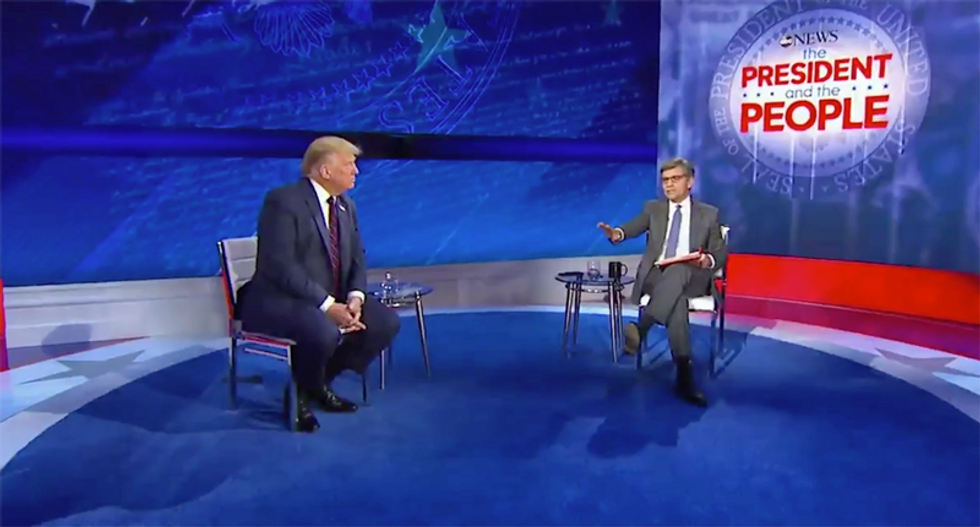 President Donald Trump sat down with ABC News chief anchor George Stephanopoulos for a town hall event titled, "The President and the People" on Tuesday.

Shortly before the broadcast time, ABC News released a video teasing the event.

"Mr. President, I have to stop you there," Stephanopoulos said.

The moderator pointed out that Joe Biden is against Medicare for All.

"But much more importantly, Obamacare guaranteed that people with preexisting conditions could buy insurance," he noted, as the camera showed the woman who asked the question nodding in agreement.

"You fought to repeal Obamacare," Stephanopoulos noted. "You are arguing before the Supreme Court right now to strike it down."

Trump then claimed that he has a secret health care plan, but did not offer details.

"What is it?" Stephanopoulos asked.