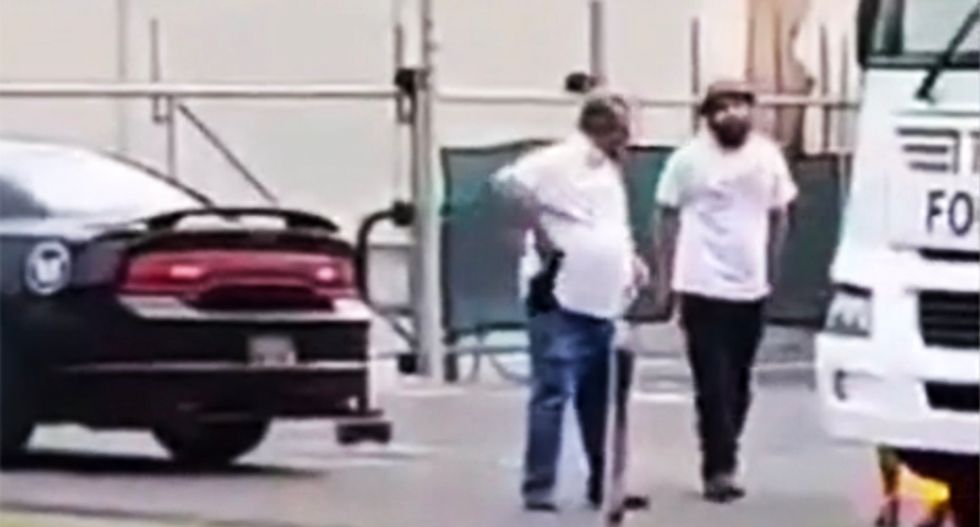 The footage, first taken on Facebook Live on Thursday, drew condemnation from Witzke herself. "I've just seen video of a supporter of mine (who was not being threatened) brandishing a firearm and aiming it in the direction of a handful of Democrat [sic] protesters across the street from our rally yesterday," she wrote on Facebook. "With all of the Democrat violence out there, Republicans don't need to add to it."

Witzke, who is running against Democratic Sen. Chris Coons, has called herself a "flat Earther" and has posted content from the QAnon conspiracy theory, which holds that Democrats and the Deep State are running a Satanic pedophile ring — although she has told reporters she is no longer promoting the movement.