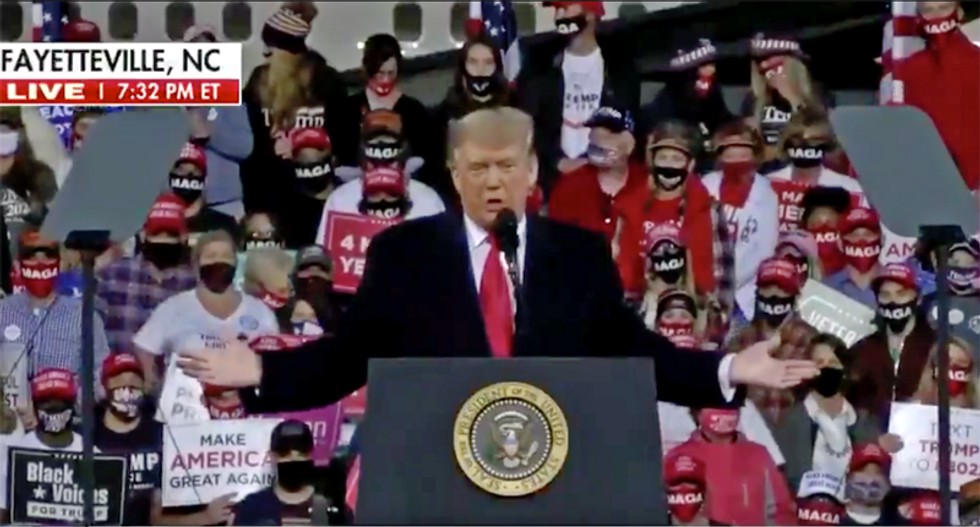 President Donald Trump continued his habit of lying to his supporters during a Saturday campaign rally in Fayetteville, North Carolina.

Everyone in the audience could see the president was using two teleprompters -- which were also clearly visible to the Fox News audience watching his speech.

"Hey you now have a president that doesn’t have to use a teleprompter," Trump falsely claimed. "Isn't that nice?"