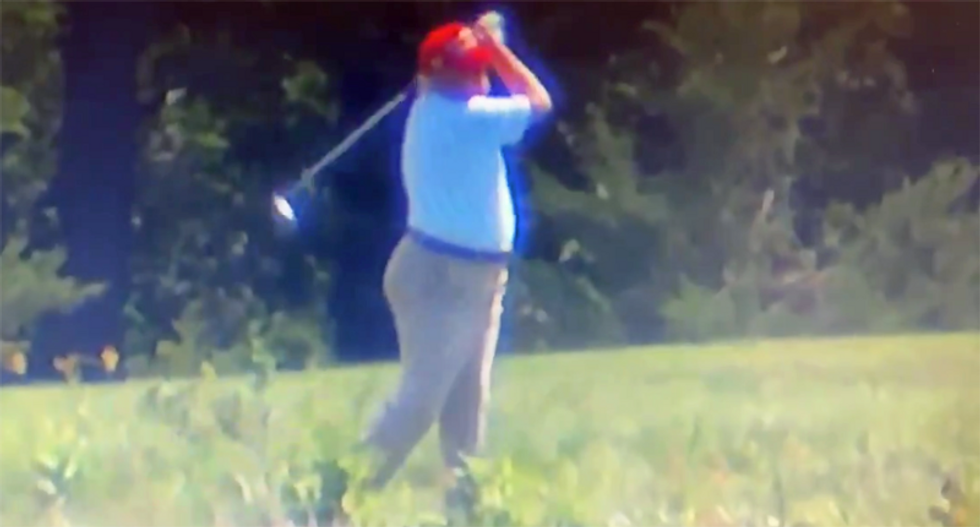 NBC News correspondent Kelly O'Donnell posted video of Trump appearing frustrated after his swing apparently did not result in its desired outcome.

Golf can often be a frustrating game even for devoted players. The president, on his course today in Virginia,see… https://t.co/vkg90hHffU
— Kelly O'Donnell (@Kelly O'Donnell) 1599329613.0