'We ought to be mourning': Fox News guest reprimands anchor over attack on 'comrade' AOC 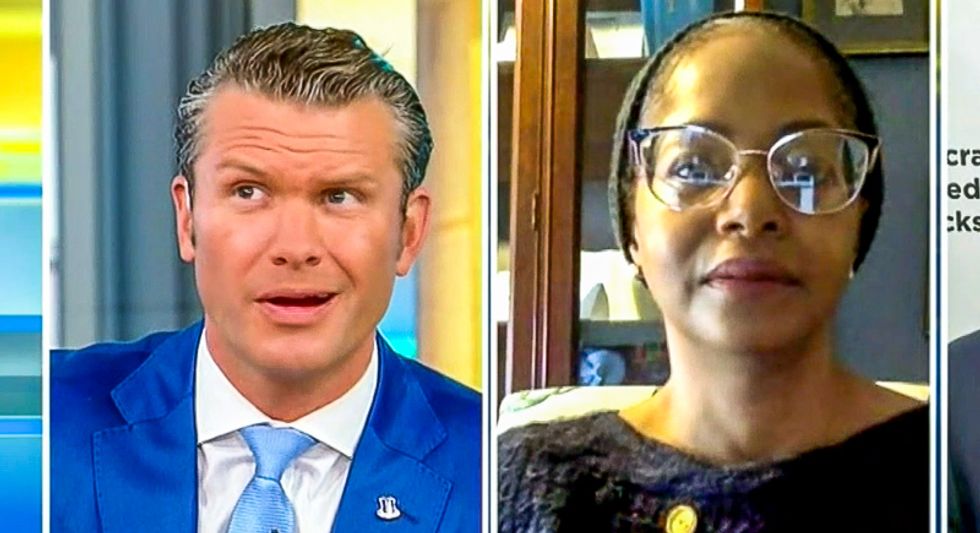 "Comrade Cortez firing up her base in the wake of Supreme Court Justice Ruth Bader Ginsburg's death," Hegseth announced to kick off the Fox & Friends segment. "The New York socialist telling supporters they need to back Biden now more than ever."

"Karen, I will start with you," the Fox News host continued. "Comrade Cortez says let this moment radicalize you. Is that what this should do for Democrats?"

"You know, I honestly feel that this is a time that we ought to be mourning Ruth Bader Ginsburg," Whitsett replied. "We need to be honoring her, giving that time for the rest of the nation to mourn her. She was an icon, she was a movement in herself, she changed so many people's lives. It's not just women."

"And I honestly think that we need to be honoring her at this time," she added. "This weekend should be all about her and taking that time to mourn her. We lost someone that was extremely valuable to the country."

"Point taken," Hegseth stuttered in response. "And -- and -- and totally understandable. Do you not like hearing when someone's saying, hey, instead of remembering, you should be radicalized by this?"

"I think we're moving all too fast," Whitsett insisted, "on both sides of the aisle. I think we just need to take a step back, look at the reality and how society feels right now. And society mourns her."