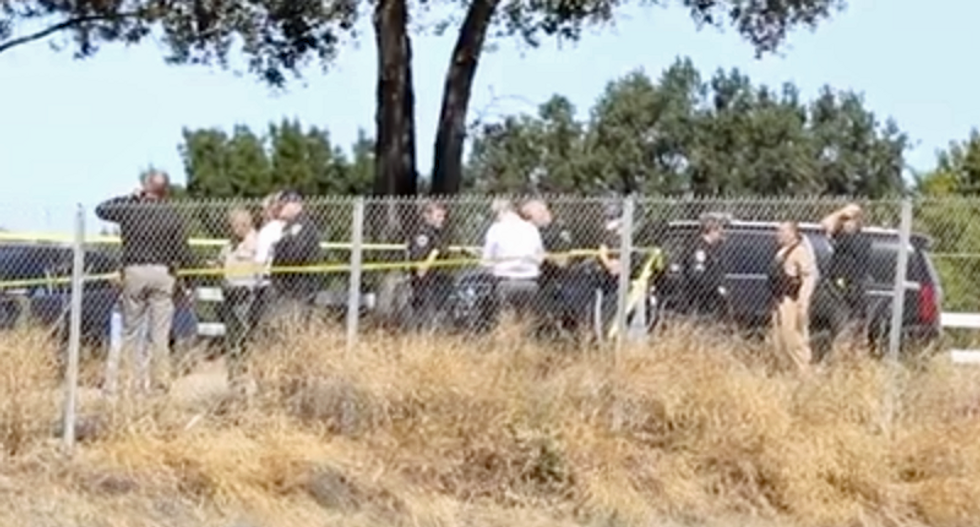 Authorities in California on Thursday announced that one man was dead after a shootout with law enforcement.

"A white supremacist gang member was killed in a gun battle with law enforcement after he ambushed and shot a deputy pursuing him Thursday near the Templeton Cemetery, Sheriff Ian Parkinson said at a news conference," The Tribune reported Thursday.

"According to Parkinson, two sheriff’s deputies were driving in the Theatre Drive area around 10:20 a.m. when one deputy recognized the car of a wanted felon parked on the side of the road. The deputies made a U-turn and pulled up next to the vehicle, which was unoccupied. The deputies then proceeded north and found the man walking on Cemetery Road off Theatre Drive near the Templeton Cemetery, Parkinson said. He said the deputies tried to make a pedestrian traffic stop, but the man took off running toward the cemetery," the newspaper reported.

Parkinson said the suspect hid behind a bush and "ambushed the deputies."

“The suspect shot multiple rounds at the deputies, striking one deputy in the lower leg. And the deputies returned fire,” Parkinson said.