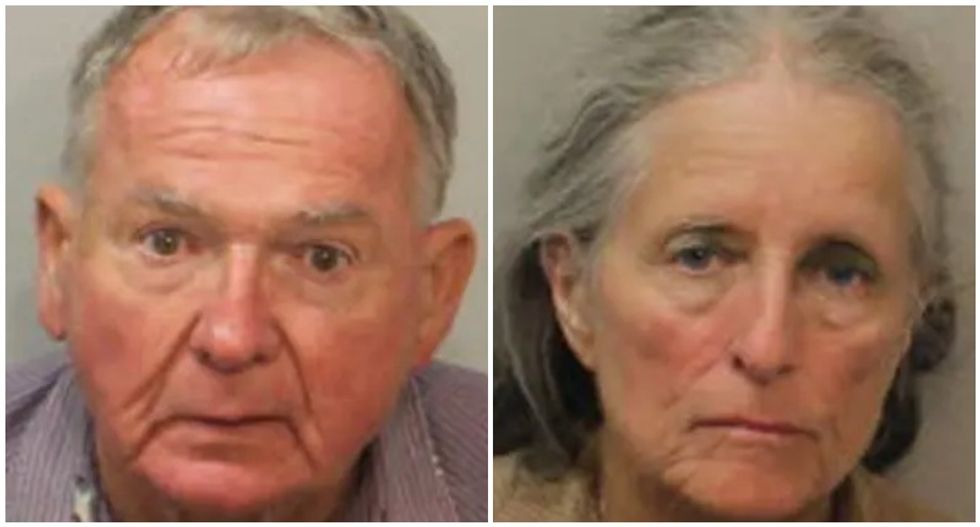 Gunfire broke out while Charles McMillon Jr., his son, and childhood friend Kendrick Clemons were dropping off a U-Haul truck. The next thing they say they saw was an older couple coming toward them, both pointing guns in their direction.

The couple ordered them to not move, but McMillon sped off in his truck in a panic. Speaking to the Tallahassee Democrat, McMillon says he thinks they were being racially profiled because they're Black.

The two shooters, Wallace Fountain, 77, and his wife, Beverly Fountain, 72, own the Tennessee strip mall where the incident took place and were reportedly staking it out inside another U-Haul truck. According to the Tallahassee Democrat, the couple said they were having problems with people stealing gas. But according to McMillon and Clemons, they were profiled by vigilantes and never given a chance to explain why they were there.

“They saw three Black people, unarmed, dropping off a U-Haul,” McMillon said. “They got guns, they started shooting. That’s why it’s racially motivated.”

Beverly Fountain, who was one of the shooters, denies the incident had anything to do with race.

"We weren’t going off on that at all. You’ve got vandalism and theft going on at your property. Trying to protect your property — that’s the only issue," she said.

The Fountains were arrested and charged with three counts of aggravated assault without intent to kill.

Read the full story over at the Tallahassee Democrat.