'Why won’t you release all the tapes?’ Nicolle Wallace presses Bob Woodward — but he says Trump lies 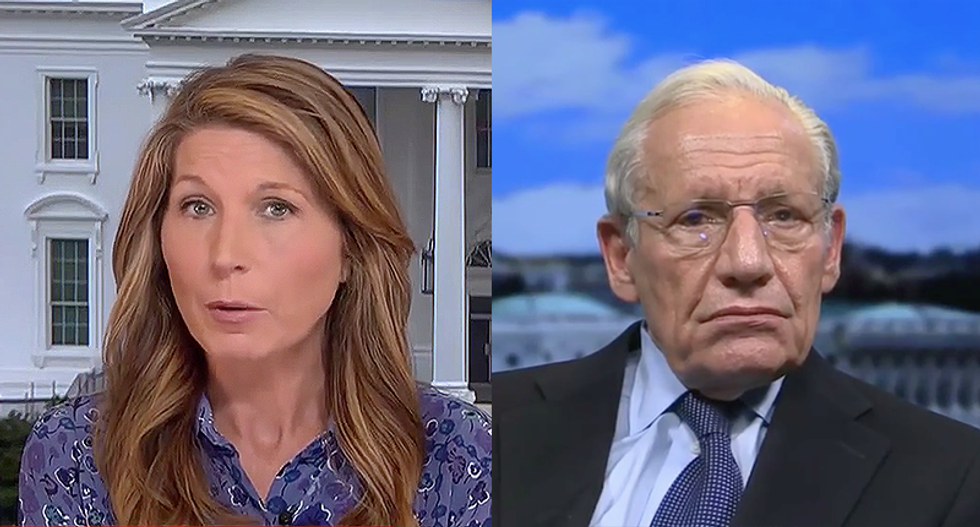 Speaking to MSNBC's Nicolle Wallace on Thursday, veteran reporter Bob Woodward said that he has a whopping nine hours of taped conversations with President Donald Trump, but he's uncomfortable releasing them right now because they're filled with lies.

The two were discussing that Jared Kushner, the president's son-in-law, is basically the de facto chief of staff while also serving as the campaign manager at the same time.

"Jared Kushner shouldn't even have a senior position," said Wallace. "Shouldn't have access to classified information. The CIA denied that application. To your point about nothing shaking Trump voters from Trump, do you believe if they listen to all 18 or 19 of your interviews they might come to the conclusion you came to, that he is -- you conclude he is the wrong man for the job and I guess the second part of that is will you release all your tapes before the election?"

"Well, I can't release them all. I mean it's nine hours and --" Woodward said but Wallace interjected to ask why. "I've released 38 excerpts of it. I want to deal with the main issues. I want to as Trump has said make sure he has his say. You go through long interviews with Trump as people have done it know, he will say somethings that don't exactly check out and are not proved."

"Sometimes I have debates with him in the book," Woodward went on. "If you released it all, you would have to come back and say that doesn't check out and that's not true and so forth. It would be a long process. And 38 excerpts on the main issues of the day gives you a window into who he is."

Wallace again asked why he wouldn't simply release them all.

Woodward said that he likely will eventually for the sake of history. "I started saying -- If I release some of this stuff they'll say Trump said -- as we know lots of things are not true. I've given an in-depth sample. I may release more of them."