‘I love you’: Trump praises woman at Nevada event after she says, ‘I’ll take a bullet for you’ 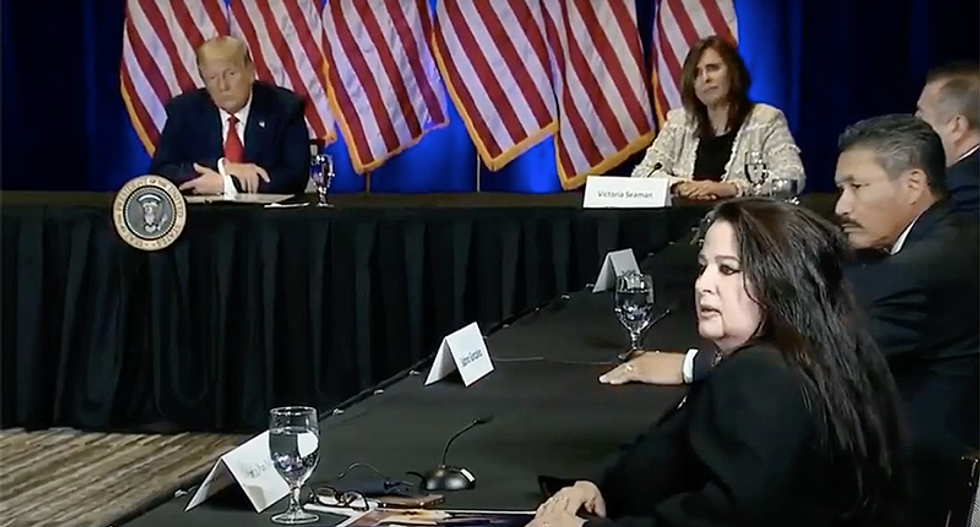 President Donald Trump went to Las Vegas, Nevada on Sunday to host a Hispanic roundtable of his supporters to talk about issues facing the community. Instead of talking about healthcare and the way the coronavirus has disproportionately impacted people of color, Trump went around the table to ask supporters for their praise.

After struggling with whether he should say, Latino, LatinX, or Hispanic,  a supporter told him how much she loved him. Another said she'd take a bullet for him. A third proclaimed Trump wasn't racist.

At his Latinos for Trump event happening now in Vegas, Trump is going around the room asking attendees to give stat… https://t.co/V48KWyNfzC
— Josh Lederman (@Josh Lederman) 1600026757.0

For a brief moment, they addressed the pandemic, but only how Democrats shut down the government to protect the virus from spreading and how much it destroyed their lives.

See the roundtable below: