'You are the authorities Mr. President!': CNN’s Dana Bash fact-check’s Trump’s blame of Woodward for his own lies 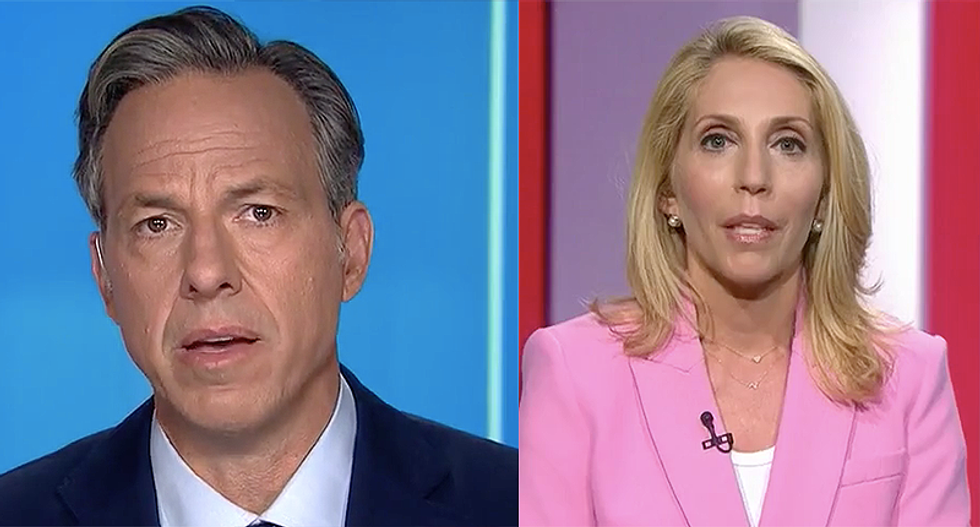 CNN's Dana Bash fact-checked President Donald Trump's blame of Bob Woodward for his own lie to the American people.

"It turns out he was remarkably well versed on the topic early on because he got that information from President Xi, leader of China, the country he's blaming for this virus," said Bash. "The thing really -- I was sitting here, and I couldn't believe what I was hearing, the president of the United States not only blamed Bob Woodward but said if he thought it was so bad, he should have called the authorities. You are the authorities, Mr. President! You're the president of the United States! What's he supposed to do, go home and call 911? It's so crazy, forgive me for using that word, that it's almost hard to wrap your mind around. The problem is that there are people who are going to listen to what the president said and not have the full context of the facts. Or maybe depending on where they are kind of listen to echo-chamber media, and they are not going to understand that. So, that is an unfortunate thing."

Tapper cut in to say that it seems Trump has already made it "pretty far in life with the ability to BS his way out of any problem." He cited Trump's payoffs to women he had affairs with and using a Sharpie to alter a hurricane map.

"Generally speaking, he's been able by the people around him, whether at Trump Tower or Republican Party on Capitol Hill, to just kind of BS his way out of anything. You can't BS you're way out of a pandemic," said Tapper.

Senior CNN political analyst Gloria Borger agreed, saying, "you can't BS your way out of this story particularly because your words are on tape."

She went on to recall a senior White House adviser who said that they don't believe anything in Woodward's books, but they aren't Woodward's words, they are words from Trump on tape.

"Jake, it is the 'I did it, but so what' defense," she noted. "Remember that from impeachment? We sat through those hours talking about the president's phone call with Prime Minister Zelinsky, and he said it was a perfect call. What he is saying now is the same thing. I did it. So what?"