'You're not a doctor': CBS host challenges Trump chief of staff over vaccine 'interference' 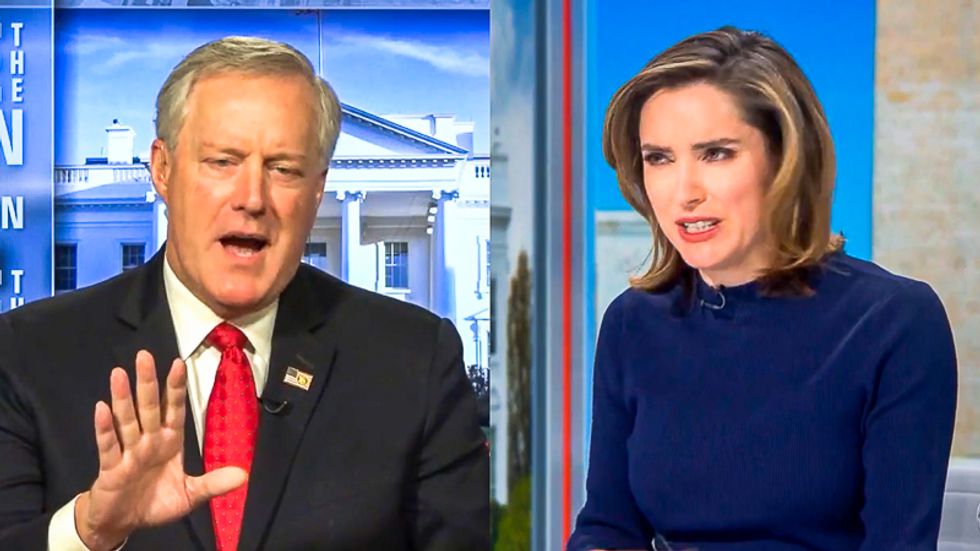 Trump administration Chief of Staff Mark Meadows insisted on Sunday that there is no reason for the Food and Drug Administration (FDA) to adopt additional rigorous testing guidelines for the COVID-19 vaccine candidates being quickly developed.

"The FDA is supposed to be issuing these stricter guidelines," CBS host Margaret Brennan explained to Meadows on Sunday. "But then you reportedly called the FDA commissioner and really challenged him on trying to justify doing that."

"You're not a doctor," the CBS host continued. "Why insert yourself politically into this, which feeds these concerns about interference?"

"So, Margaret, your producer obviously didn't do a good job of informing you," Meadows shot back. "What we actually have is new guidance that's coming out. My question is, why would that new guidance come out after we've already spent $30 billion in doing that."

"And my challenge to the FDA is just make sure it's based on science and real numbers," he said.

"Why would the FDA not be basing it on science?" Brennan wondered.

"Well, why would you think that we would need new guidance after we've developed vaccines and drugs for decades?" Meadows replied. "And then all of the sudden we're going to change something in the last two weeks. The question is why, Margaret? I mean, why would we do that?"

"I'm optimistic that guidance will come out based on good science and ultimately our FDA guidelines will make sure all people who take a vaccine can do that with some kind of assurance that the process is meted out properly," he added.