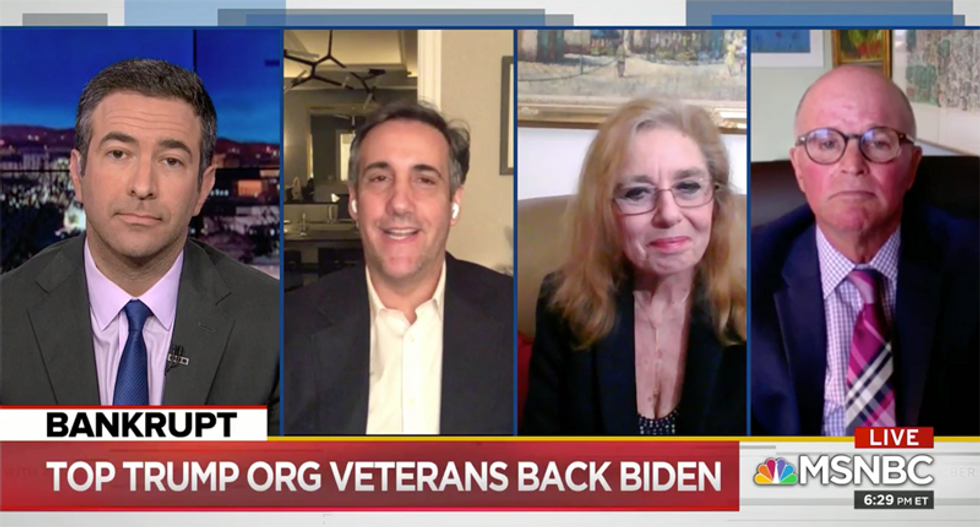 MSNBC's Ari Melber asked his guests Tuesday why, specifically, they thought Joe Biden might be better than Trump for America now right now.

"It comes down to one simple thing for me, Ari, and that's race. He's with a man that understands and appreciates diversity over this nation. I think Biden does and I know for a fact Trump doesn't. He will never appreciate the diversity that made this country great," Jack O'Donnell said.

"It's hard to say this because all politicians are basically dishonest and have to be. It depends to who they are talking to, I understand that. Biden is honest. Biden doesn't cheat. Biden understands people. Biden cares about people. Trump cares about one thing and one thing only and it's him and his money and his ego, that tremendous ego," Barbara Res said. "Biden doesn't have that. As far as looking at what Trump did to our country and continues to do to our country today by showing up with the Supreme Court with people that will violate the Constitution, he's a terrorist, a nightmare. Biden is good. Biden has experience. Biden knows government. All of those things. I can't think of almost anyone that wouldn't be better than Trump."

Michael Cohen, Trump's former fixer, said, "Donald Trump cares for no one or anything other than himself. I've often said and I said it in front of the House Oversight [Committee]. He's a con man, he's a fraud, he's a racist. I've also stated he's a homophobe ... I really do believe, and I told you I put my money where my mouth is, I believe this is going to be a landslide victory for Joe Biden. I really do."