‘A death spiral’: Republicans are overwhelmed and beleaguered as they cope with cascading crises 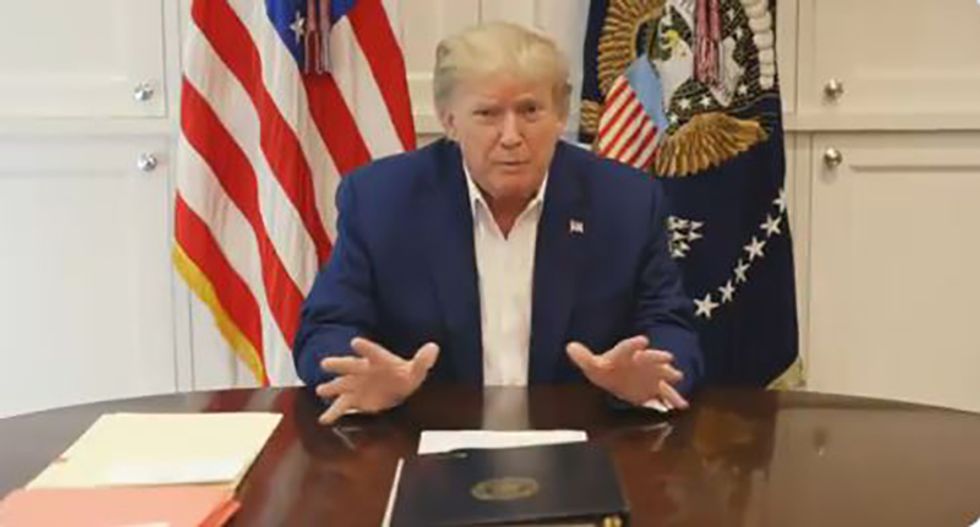 With the 2020 election less than a month away, the Republican Party finds itself under a great deal of pressure. President Donald Trump has been hospitalized with COVID-19, a long list of his GOP allies have tested positive for the novel coronavirus, former Vice President Joe Biden is ahead in countless polls — although most of them have been in the single digits — and Republicans fear losing control of the U.S. Senate. Reporters Ryan Lizza and Daniel Lippman, in an October 5 article for Politico, describe the GOP as a party is feeling overwhelmed as it copes with multiple crises.

Lizza and Lippman cite Sen. Lindsey Graham, who heads the Senate Judiciary Committee, as a prominent Republican who has a lot to cope with. The South Carolina senator, they explain, has been "simultaneously monitoring three political crises, all of which were made worse by the spread of coronavirus infections through the upper echelons of the Republican Party."

The Politico journalists explain, "First, there was the president. His real condition was as much of a mystery to Graham as to everyone else…. Then there was the Supreme Court. The virus has forced six Republican senators — three who have tested positive for COVID — into quarantine for at least two weeks…. Finally, Graham was dealing with his own reelection."

Graham is up for reelection, and even though South Carolina is a deep red state, his Democratic challenger, Jaime Harrison, is quite competitive. But Graham, Lizza and Lippman stress, isn't the only prominent Republican who is feeling overwhelmed.

"That an actual virus has now infected Trump, his wife, his campaign manager, the head of the RNC, several advisers, and three senators — many of them at a celebration of (Judge Amy Coney) Barrett's nomination — thus throwing all three of the GOP's 2020 goals into chaos, is a plot twist that would be rejected by any writer as just a little too on the nose," Lizza and Lippman note. And a source they describe as a "dejected former senior White House official" told Politico, "Trump has done more to derail the Barrett nomination than any Democrat. They are screwing themselves, that's for sure."

But as overwhelmed as Graham and other Republicans are feeling, Lizza and Lippman note that Graham believes that Trump's hospitalization might help him in the presidential race. The Republican senator told Politico, "This is a chance for him, quite frankly, to talk about the human side of this: 'this is tough, this is hard, we're gonna get through it.' If he comes out of this thing a little bit humbled and focused on speeding up vaccines and trying to safely reopen the country, then I think he'll probably be OK."

Other Republicans, however, are expressing a lot more pessimism. A veteran GOP strategist, quoted anonymously, told Politico, "Today feels like the election's over. The polls have dropped all last week everywhere. It just feels like the end is near. And I don't know what they can do to rehabilitate it until (Trump) gets better. There's too many seniors who think he's been irresponsible and this all started when he politicized the coronavirus. It started back in April and May, but it's really peaking now."

Another anonymously quoted GOP source, described by Lizza and Lippman as a "senior Republican congressional official," told Politico, "If the White House lied about the timeline and he went to events and was around people knowing he was COVID-positive — I think that is the single biggest thing that would resonate with regular people in terms of how irresponsible he was. If he put other people in danger…. that could turn this into a death spiral."