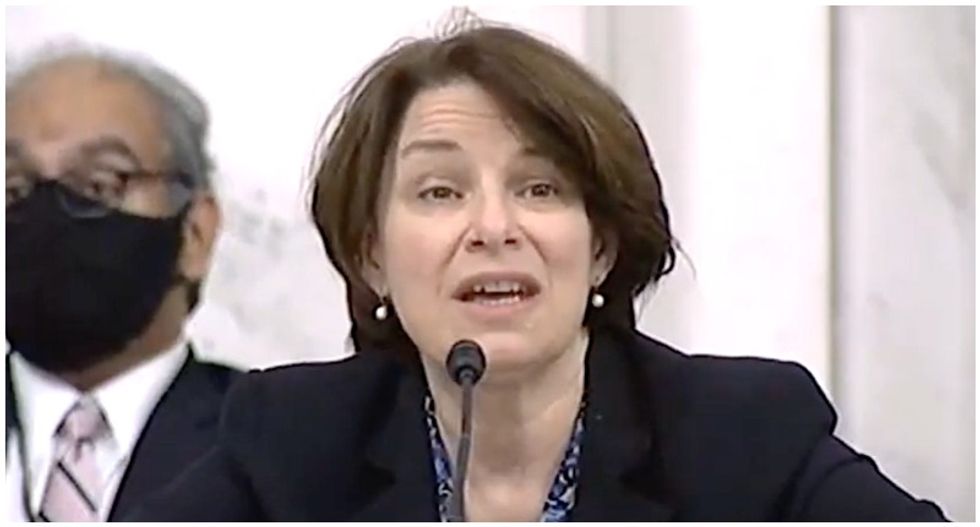 During a hearing this Thursday, Senator Amy Klobuchar (D-MN) took her GOP colleagues to task over their efforts to push through a new Supreme Court nominee in the wake Ruth Bader Ginsburg's death on the eve of the 2020 election.

Klobuchar pointed out that the last time a Supreme Court justice died so close to an election was during Abraham Lincoln's presidency, adding that he "waited until the results were in" before moving forward on a replacement.

"My colleagues on the other side know that this is their last chance to allow this president to jam through another judicial appointment to the nation's highest court," she said, pointing out that their focus should be on the ongoing pandemic.

"So why would a president not wait?" she said later in her remarks. "Well, you can jam through a justice who every indication says would rule with him when it comes to his attempt to get rid of the Affordable Care Act -- this isn't some esoteric thing in an ivory tower, this would happen to people right now."

Watch her full remarks below: