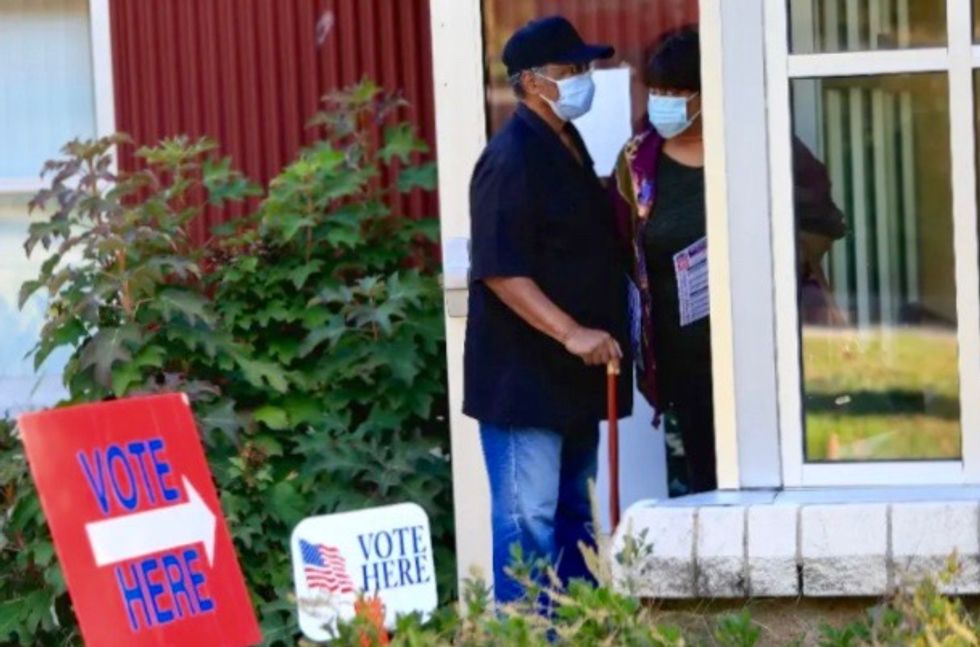 Americans are voting early in record numbers with more than 17 million casting their ballots already ahead of the November 3 election between Democrat Joe Biden and Republican Donald Trump.

And while the result of the White House race will not be known until Election Day, the early vote indications appear to favor the 77-year-old Biden, who has a double-digit lead over Trump in the national polls.

Iowa, the midwestern state where the 74-year-old Trump held a campaign rally on Wednesday, is among the states which allow voters to cast their ballots early.

Early voting began in Iowa on October 5. As of Thursday more than 325,000 ballots have been cast in the Hawkeye State, according to the US Elections Project of the University of Florida.

The US Elections Project maintains a running tally of the number of in-person early votes and returned mail ballots. By Thursday morning a total of 17.36 million ballots had been cast in the states that report early totals, it said.

Election experts point to the coronavirus pandemic and an expansion of voting by mail for the spike in early voting this year, which is smashing previous totals.

Trump frequently denounces voting by mail as being rife for fraud, but there has been no evidence of widespread irregularities in past elections.

Michael McDonald, a professor of political science at the University of Florida who runs the US Elections Project, said that while the early voting numbers bode well for Biden there could be heavy turnout for Trump on Election Day.

Several polls have shown that Democrats are more likely than Republicans to vote early because of the Covid-19 pandemic.

"I've warned that the heavily Democratic voting at this point should not be an indicator that Biden has the election sown up," McDonald said. "Yes, the numbers are very good for Biden.

"However, it is very likely Republicans will show up in force to vote in-person," he said.

A Trump campaign spokeswoman told The Washington Post that the president was counting on heavy turnout on Election Day.

"For months, Democrats have pinned all their hopes on mail ballots, irresponsibly scared voters away from the polls and cannibalized their Election Day voters in favor of vote-by-mail," Trump campaign spokeswoman Thea McDonald said. "Republicans will show up in person on Election Day and reelect President Trump."

According to the US Elections Project, voters, as of Thursday, have requested 79.89 million mail-in ballots in the states reporting such figures.

Of the states that report requests by political party registration, Democrats have requested 23.46 million ballots and Republicans 13.69 million.

A total of 2.09 million early votes have been cast in Florida, 1.68 million in California and 1.62 million in Texas, according to the US Elections Project.

More than 916,000 early votes have been cast in the southern state of Georgia despite long lines on the first day this week which saw some voters waiting for more than 10 hours.

Harris was forced to cancel, however, after her communications director and a flight crew member tested positive for Covid-19.

Early in-person voting began on Tuesday in Texas, which has 38 Electoral College votes and is key to Trump's hopes of victory.

Harris County, which includes the major metropolis of Houston, saw a record number of in-person early voters on the first day, when 128,186 cast their ballots -- more than double the 68,000 who did so four years ago.

Solmaz Afshar, a 32-year-old nurse, was among those voting early.

"I wanted to make sure that my vote is counted before anything can happen between now and Election Day," Afshar said.