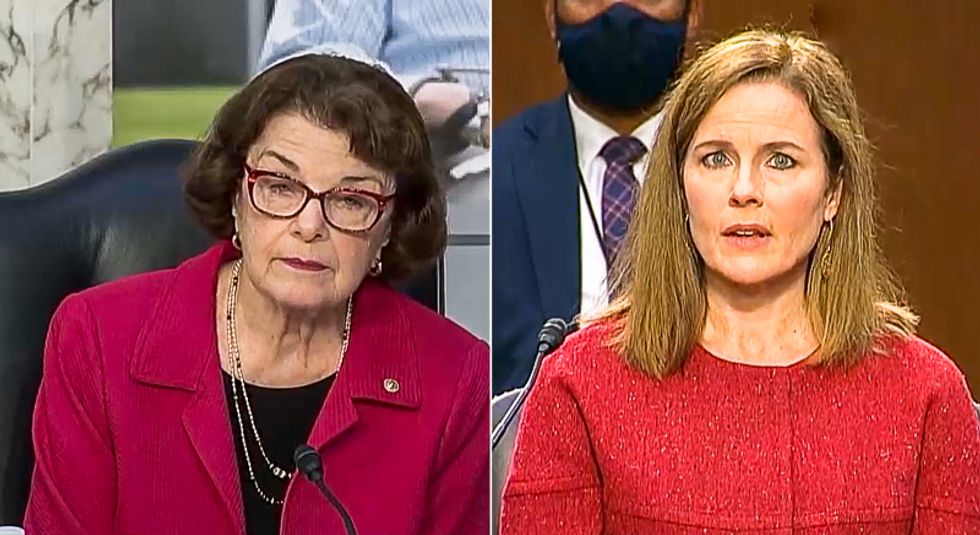 President Donald Trump's Supreme Court nominee, Judge Amy Coney Barrett, on Tuesday said that she will keep an "open mind" when it comes to the president's threat to unilaterally delay the November election.

At a Senate Judiciary hearing, Sen. Diane Feinstein (D-CA) noted that Trump had recently said that he wanted to delay the upcoming election due to dubious claims of voter fraud.

"Does the Constitution give the president of the United States the authority to unilaterally delay a general election under any circumstances?" Feinstein asked the nominee.

"Well, Senator, if that question ever came before me, I would need to hear arguments from the litigants and read briefs and consult with my law clerk and talk to my colleagues and go through the opinion writing process," Barrett replied. "So, you know, if I give off-the-cuff answers then I would be basically a legal pundit and I don't think we want judges to be legal pundits. I think we want judges who approach cases thoughtfully and with an open mind."