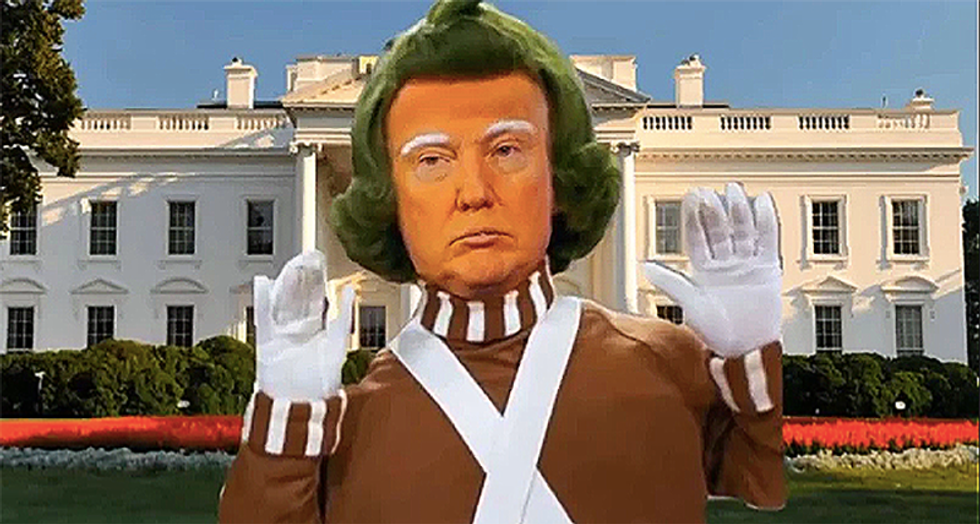 In a new video from the Rose Garden at the White House, a very orange President Donald J. Trump appeared out of breath and a bit disoriented. "Perhaps you recognize me, it's your favorite president!" he started. And then it continued to go downhill from there.

A tweet by The New York Times' Maggie Haberman cast doubt on whether the video was actually shot Wednesday at all considering the splicing and strange time-keeping by the president himself.

“I got back a day ago from Walter Reed Medical Center — I spent four days there and didn’t have to, I could’ve stayed at the White House,” Trump said.

Except for the fact that Trump returned to the White House on Monday, which would have been two days ago.

Referring to COVID-19 once again as the "China Virus," Trump didn't stop there.

"This was China's fault! They are going to pay a big price," he said.

And now, the people have spoken - or tweeted, as the case may be.

From our friends @MeidasTouch @realDonaldTrump @lincoln. Donald, the people are laughing at you. You think you look… https://t.co/OS3lLmjoYZ
— Steve Schmidt (@Steve Schmidt) 1602110412.0