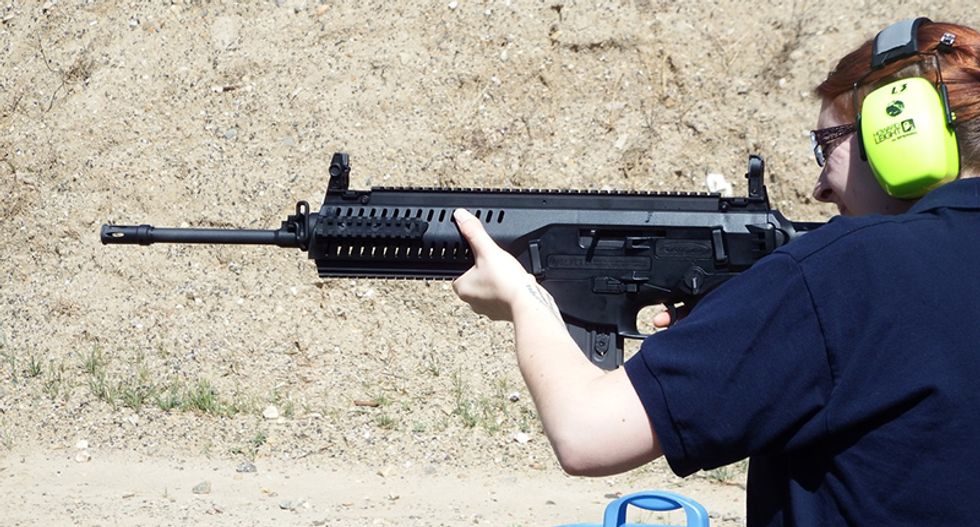 Two armed men set up a tent outside of an early voting location in St. Petersberg, Florida, saying that they were with the Trump campaign.

"The Sheriff [Bob Gualtieri] told me the persons that were dressed in these security uniforms had indicated to sheriff's deputies that they belonged to a licensed security company and they indicated, and this has not been confirmed yet, that they were hired by the Trump campaign," said Pinellas County Supervisor of Elections Julie Marcus.

"The sheriff and I take this very seriously," Marcus said. "Voter intimidation, deterring voters from voting, impeding a voter's ability to cast a ballot in this election is unacceptable and will not be tolerated in any way shape, or form. So we anticipated many things going into this election. Not only cybersecurity, but physical security, and we had a plan in place and executed that plan."

Pinellas County Sheriff Bob Gualtieri said that he would do whatever it takes to protect the authenticity of the election.

"I just don't want to get too deep into the specifics because we're trying to balance it," Gualtieri said. "But I'll say it's a combination of uniformed personnel who will be in the area, and also we're gonna use some undercover personnel just to monitor the situation."

The guards said they were hired by Trump and would be out at the polling place again tomorrow. It's illegal to bring a gun to a polling place in Florida.