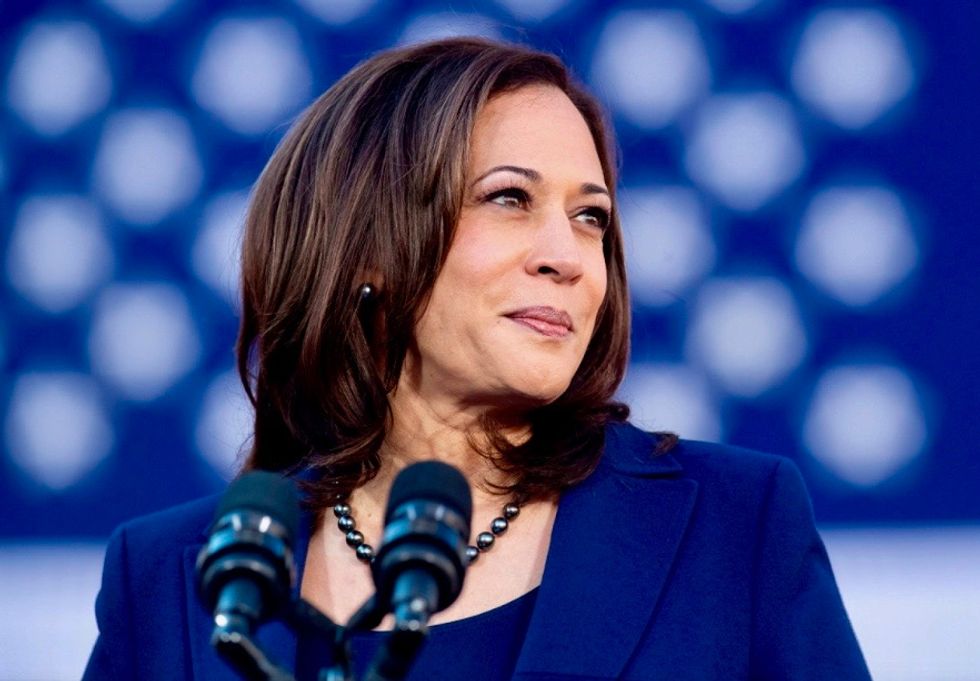 Republican Sen. David Perdue willfully mispronounced the name of his Senate colleague and Democratic vice-presidential nominee Kamala Harris on Friday, and the "incredibly racist" stunt gave rise to the #MyNameIs hashtag on social media over the weekend, which drew attention to the diversity of names found in the U.S. and called for the creation of a more tolerant and inclusive nation.

Omar said that her name "inspired me to lead a life of service to others," and that she, like Khanna, is voting for Harris and her presidential running-mate, Joe Biden.

"That's right! Righteous Rashida," tweeted Rep. Rashida Tlaib (D-Mich.), explaining the meaning behind the name given to her by her Palestinian father.

Rep. Pramila Jayapal (D-Wa.) noted that her first name, which comes from "prem," a Sanskrit word meaning "love," is frequently mispronounced, as is her last name.

"I only mind that when it is done willfully and continuously," Jayapal said. "Let's build an inclusive America."

#MyNameIs Pramila. It comes from the Sanskrit word “prem” which means love. The name is constantly mispronounced as… https://t.co/sedWaTMQz2
— Pramila Jayapal (@Pramila Jayapal) 1602981557.0

Dr. Abdul El-Sayed, a physician, epidemiologist, and public health expert whose 2018 gubernatorial campaign in Michigan was endorsed by Sen. Bernie Sanders (I-Vt.), explained the meaning behind his name, Abdulrahman.

"It means 'devotee of The Most Merciful.' It reminds me how important mercy is in this world."

"For a long time," El-Sayed said, "I thought it meant I couldn't run for office."

"Then I did," he added, "because my name is as American as apple pie... and baklawa."