As Pompeo campaigns against China, a growing welcome in India 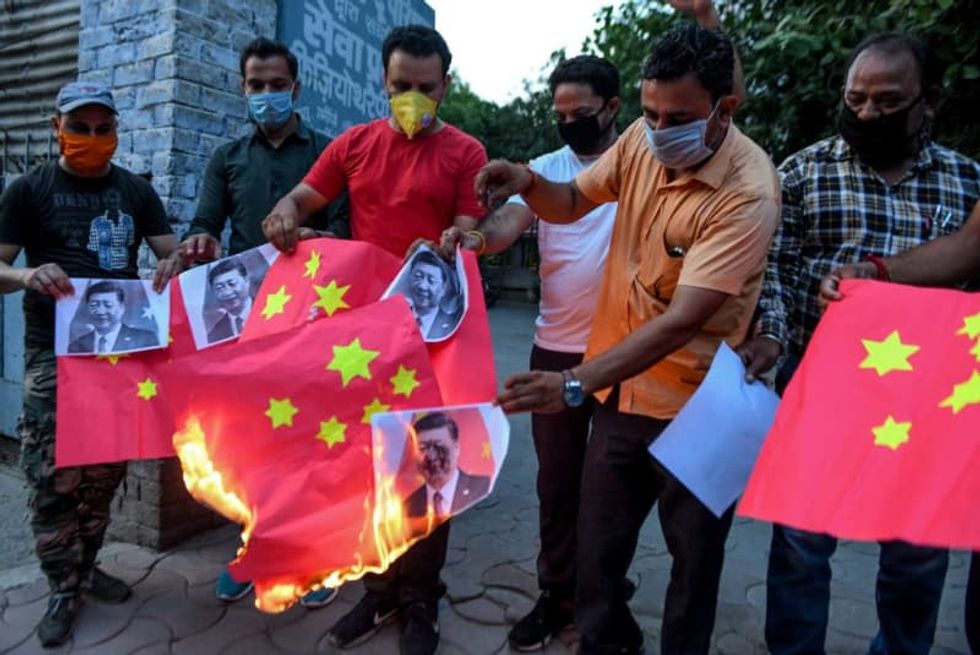 When the United States tried to seal a defense deal seven years ago with the Maldives, a sprawling and strategic archipelago, its plans were quietly torpedoed by a friend -- India, which considers the Indian Ocean its sphere of influence.

US Secretary of State Mike Pompeo will visit the Maldives this week after top-level talks in India -- which offered open support when the Pentagon finally went ahead with a defense pact with the island nation in September.

What brought about the change, analysts say, is a deepening concern in New Delhi about China, which engaged in a deadly border clash with India this year and has been ramping up influence around South Asia, including in the Maldives.

Pompeo will also visit Sri Lanka -- where China has lent billions of dollars, leaving a mountain of debt -- as well as Indonesia, as President Donald Trump's administration steps up its challenges to Beijing's maritime claims in the dispute-rife South China Sea.

Pompeo, who has championed a hard line on Beijing, said his trip will "include discussions on how free nations can work together to thwart threats posed by the Chinese Communist Party."

Pompeo will be the first US secretary of state since 2004 to visit the Maldives, which under the defense accord agreed to strengthen cooperation with the United States and support a "free and open Indo-Pacific."

"At another time, India might have complained about the US presence in the Indian Ocean. Today, it doesn't want the US to leave," said Tanvi Madan, director of The India Project at the Brookings Institution.

New Delhi has come around to seeing greater US involvement in India's backyard as offering a better alternative to China, she said.

"India recognizes that it can't do it alone, either because of capacity issues or because it has baggage with the countries that affects what they would be willing to do with India versus, say, Japan or the US."

Sri Lanka's populist president, Gotabaya Rajapaksa, has embraced support from China but will likely want to "play the game" of being courted by different powers, said Aparna Pande, director of the Hudson Institute's Initiative on the Future of India and South Asia.

She doubted Sri Lanka would go the route of India's historic rival Pakistan, which has forged tight relations with China.

New Delhi believes that if the United States gets more involved in Sri Lanka, "the needle will come a little closer to the US-India side than the China side," Pande said.

Pompeo will be joined by Defense Secretary Mark Esper in New Delhi on Monday and Tuesday for annual talks.

Officials said the two countries are expected to sign an agreement on sharing geospatial intelligence, paving the way for the United States to ship increasingly sophisticated missile technology.

The United States has sold India more than $20 billion in weapons since the world's two largest democracies began to scale up relations in the 2000s but New Delhi has also turned to historic partner Russia as well as France and Israel as it modernizes its military.

The "two-plus-two" dialogue, delayed because of the Covid-19 pandemic that has ravaged both India and the United States, comes one week before US elections in which Trump is trailing Democrat Joe Biden in polls.

Pande said the timing showed India that the United States placed a high priority on the relationship -- and she doubted there would be significant changes under Biden.

"I think Delhi is one of the few capitals which is not very worried" about swings in policy depending on the election, Pande said.

As US relations deteriorate with China, "which country would you want on your side -- one which borders China, is antagonistic to China, has lost territory to China and has the potential to become a rival to China. That's India."

India has banned Chinese apps including TikTok but has voiced hope for stable relations with Beijing, even after 20 Indian troops and an unknown number of Chinese soldiers died in the June clash in the Himalayas.

When Indian officials hear the Trump administration, "I do think they would prefer it not to be so in-your-face at times, because they do take a subtler approach," Madan said.

But she added: "They are very aware that there is a more competitive American view that converges with much of their view of China."