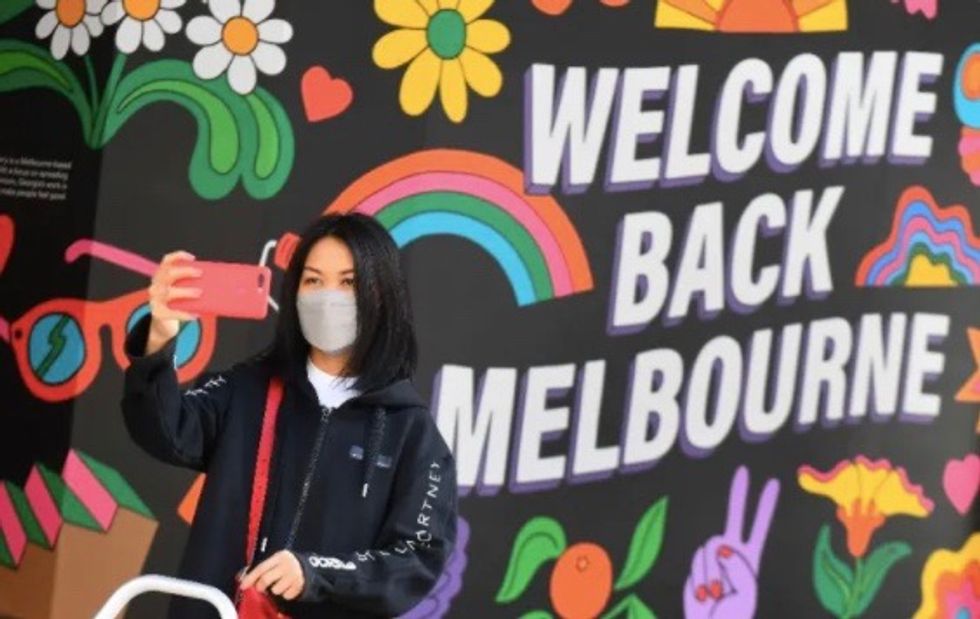 Champagne corks popped in Australia's second-biggest city as a months-long coronavirus lockdown ended on Wednesday, contrasting with deepening gloom in Europe where France and Germany were set to reintroduce curbs.

The pandemic has unleashed vast devastation across the global economy and in the absence of a vaccine or effective treatment, countries are being forced to impose widely unpopular Covid-19 restrictions that have sparked violent clashes in Italy.

Much of the United States -- the worst-hit nation in the world -- is also bracing for a tough winter, but there was exhilaration and relief in Melbourne as its five million people were able to return to shops and restaurants after months at home.

"We've really been awaiting this day for very long," department store manager Magda Combrinck told AFP. "It's a big day for us."

Australia's control of its outbreak stood in stark contrast to the surging virus in Europe, with Germany regularly reporting 10,000 new infections every day, daily cases in France topping 50,000, and hospitals in Belgium nearing capacity.

German Chancellor Angela Merkel is expected to push for lockdown measures in crisis talks with the country's regional leaders Wednesday. The proposed new restrictions include closing restaurants and bars and putting strict limits on private and public gatherings while keeping schools, daycares and shops open, according to the Bild daily.

Media reports in France, meanwhile, said President Emmanuel Macron may extend the hours of an existing curfew, with possibly a full lockdown on weekends, or order targeted lockdowns in the hardest-hit regions.

And in Russia, an order making masks mandatory at public gatherings, on public transport and in elevators is set to come into force on Wednesday, state news agency TASS reported.

The new restrictions are likely to test the resolve and patience of many.

Anger has already boiled over in Italy, where thousands have protested in recent days against anti-coronavirus curbs.

Some of the rallies have turned violent, particularly in Milan and Turin on Monday night, where angry youths threw petrol bombs and stones at police cars and smashed up shop fronts.

The coronavirus has infected close to 44 million people worldwide, with well over 1.1 million deaths, and spurred breakneck efforts to develop treatments and vaccines to help restore normality.

Pharma giant Pfizer expressed measured optimism Tuesday about the prospect of a vaccine becoming available this year, saying it could supply some 40 million doses in the United States if clinical testing proceeds as expected and regulatory approval is granted.

"We have reached the last mile here," he said. "So let's all have the patience that's required for something so important for public health and the global economy."

Key data for the vaccine would not be released before next week's US election, with President Donald Trump being flayed by his challenger Joe Biden over his handling of the pandemic.

The US is reporting tens of thousands of new cases every day, with the overall caseload fast approaching nine million. Around 225,000 people have died.

The economic costs and resulting political pressure have forced many countries to ease curbs.

India imposed a strict lockdown in March, but had to loosen restrictions to revive its battered economy. It is now the second-most infected nation on the planet, with nearly eight million cases and tens of thousands of new infections detected daily.

On Wednesday, millions of Indians turned out to vote in the state polls in Bihar -- the world's biggest election since the coronavirus emerged, with 70 million eligible voters.

Booths were packed, and many ignored government advice on wearing masks and social distancing.

"I am a little afraid because corona(virus) is not a small disease," said Nidhi Kumari, a 21-year-old student.

"But there are precautions at polling booths. They are giving sanitisers and gloves."