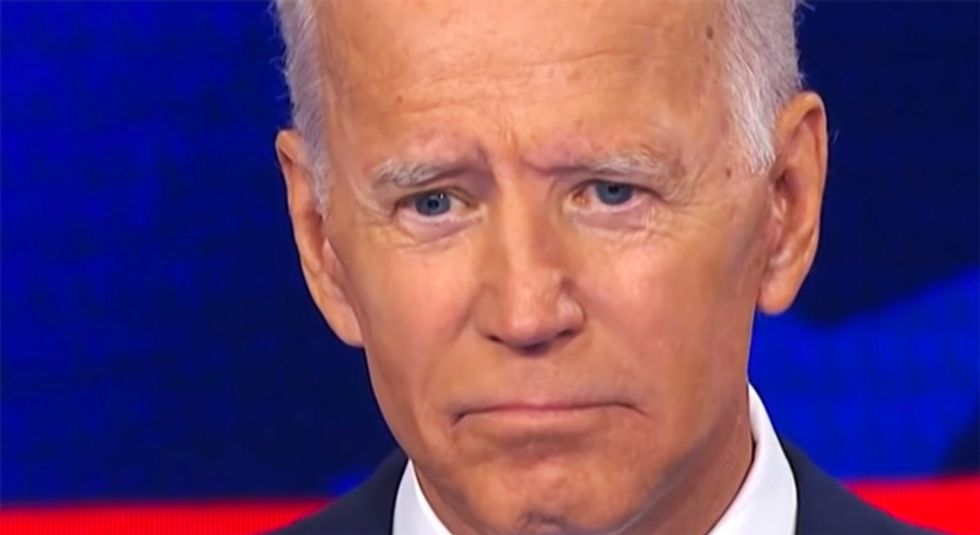 The Democratic Party ticket is worried about turnout numbers in key demographics during early voting in battleground states, according to a new report by Bloomberg News.

"Senior officials on Democratic presidential nominee Joe Biden’s campaign are increasingly worried about insufficient Black and Latino voter turnout in key states like Florida and Pennsylvania with only four days until the election, according to people familiar with the matter," Tyler Pager reported Friday.

“No campaign in American history has devoted this level of resources that we have to outreach to voters of color, and we’re deeply proud of it,” Sanders said in a statement. “In community-specific advertising alone, we’ve dedicated tens of millions of dollars to each community, with a total into 9 figures. And we’ve committed tens of millions on in-person GOTV programs unique to communities of color. Earning the support of diverse voters is the beating heart of our operation. We’re also the most diverse general election campaign in American history, including at senior levels, and all of our strategic decisions are driven by our diverse leadership team.”