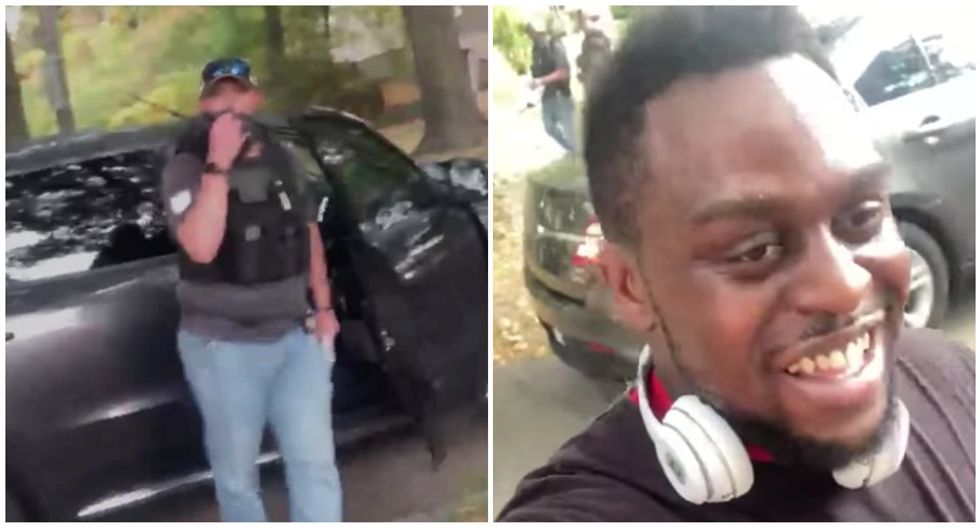 Bena Apreala was out running this Tuesday in his Boston neighborhood when he was stopped by alleged ICE agents who asked for his identification. According to WBUR, two SUV's driven by the agents blocked his path on the sidewalk.

When Apreala took out his cellphone and began recording the encounter, the agents backed off. Before they let him go, one agent asked Apreala if they could see if he has any tattoos.

“If I’m free to go, I’m not showing you anything," he told the agents. "Thank you. Have a great day, guys."

"This is unacceptable & Boston deserves full transparency about who these men were & how we will ensure this doesn’t happen again," Councilors Michelle Wu tweeted.