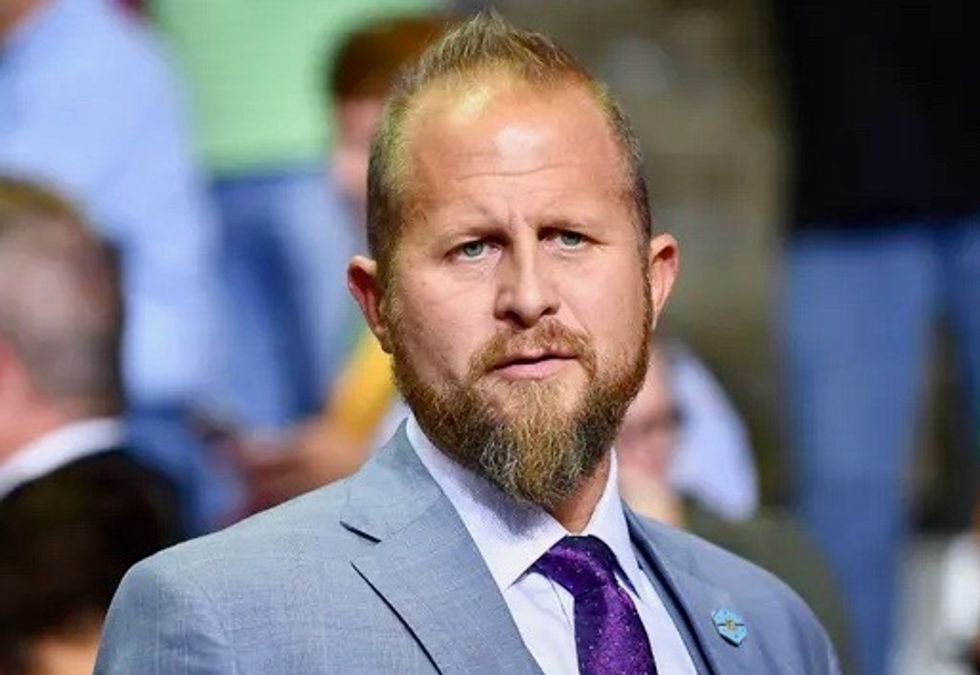 Body camera footage obtained by The Daily Mail shows that former Trump campaign manager Brad Parscale cried in front of police officers after his arrest last month and bitterly complained that his wife wouldn't have sex with him.

According to The Daily Mail, the footage was taken from a police officer's body camera with Parscale sitting in the back seat of a police cruiser as he was being taken to a hostpial.

"I got f*cking tackled like a f*cking terrorist for wanting my wife's attention," he complained, referring to his arrest.

He then accused his wife of having him committed to a hospital so she could take all his money.

Parscale was arrested last month in a domestic dispute in which he allegedly barricaded himself in a room with multiple weapons and threatened to harm himself.