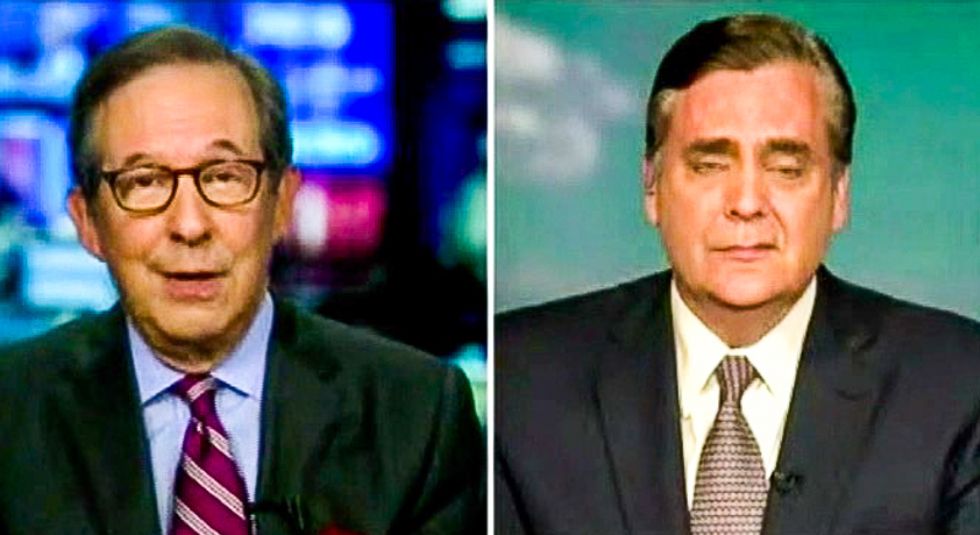 During a break in Barrett's confirmation hearing, Turley slammed Democrats for displaying photographs of Americans who benefit from the Affordable Care Act.

"These are really not her victims," Turley said. "It would be really hard to come away visually without thinking she was threatening these individuals. But that's the disconnect with this [Affordable Care Act] case. The A.C.A. in most likelihood will not be struck down."

Turley argued that at least two conservative Supreme Court justices could side with liberal justices to uphold portions of the law.

For his part, Wallace argued that Republicans exercised "pure political power" to prevent President Barack Obama from naming Judge Merrick Garland to the Supreme Court in his final year in office.

"The problem with that is that President Trump has said over and over again what he hopes to get from these judges," Wallace said, "on issues like the Affordable Care Act."

"And to Judge Turley and [Fox News host] Shannon Bream, to suggest that it's really a reach to talk about the idea that they might strike down the Affordable Care Act," he continued. "In fact, what they're hearing is a ruling by a Texas federal judge, which in fact struck down the entire Affordable Care Act."

"That's the case that's before the court," Wallace noted. "So, I don't think it's such a reach to say that is the potential implication of a 6-to-3 conservative majority on the court, that the Affordable Care Act will be on the docket."

"There does not appear to be conservative votes for overturning the entire act," he insisted.

"Jonathan, if I may," Wallace interrupted. "The point I'm simply making is this, that's what the court did. You're predicting how judges, including one who's not even on the court yet are going to vote. I'm just saying, you don't know."