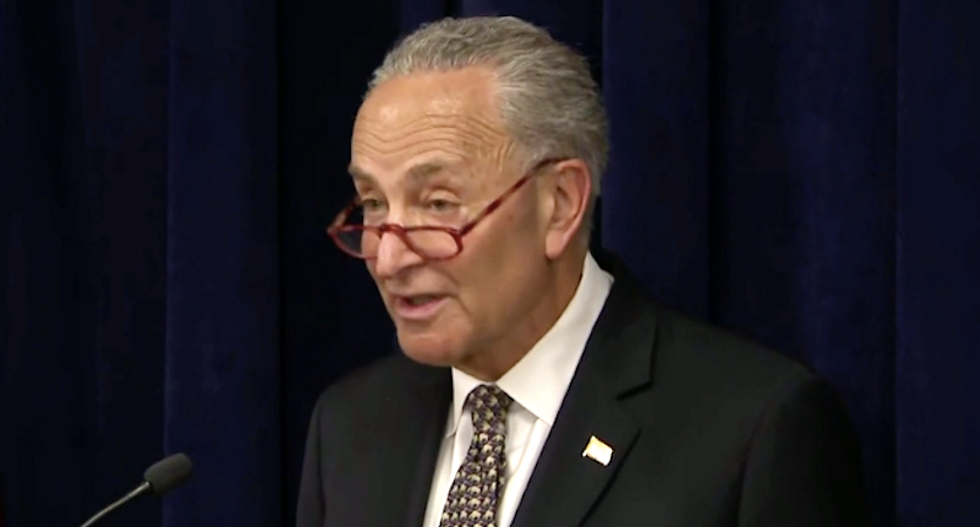 Senate Minority Leader Chuck Schumer (D-N.Y.) and Sen. Ron Wyden (D-Ore.), the ranking member on the Senate Finance Committee, sent a letter (pdf) to Treasury Department inspectors general asking for a "thorough investigation" of possible meddling in the audits of the president's tax returns "due to significant concerns of potential efforts to undermine the integrity of the mandatory audit process and other audits within the IRS."

The senators' request comes on the heels of a September 27 New York Times report that revealed the president paid minimal taxes—just $750 in both 2016 and 2017, for example—and is undergoing a decade-long IRS audit over a $72.9 million tax refund he claimed in 2010.

"Not only has Mr. Trump broken decades of precedent by rejecting transparency for the American people and refusing to publicly release his federal income tax returns, but he has also made numerous public statements against IRS audits, both as a presidential candidate and after he was elected," the senators' letter states.

"It has been reported that, when applying for this refund, Mr. Trump cited significant business losses—a total of $1.4 billion—for 2008 and 2009," the letter continues. "It is our understanding that this audit to determine the legitimacy of that refund is still ongoing and similarly deserves full protection from undue influence."

These documents reveal that President Trump was an abject failure in business and a serial tax cheat. And who does… https://t.co/JwTjy3mKuU
— Chuck Schumer (@Chuck Schumer) 1602122229.0

"Given the recent revelations about Mr. Trump's decades-long tax avoidance tactics and dubious business practices, as well as concerns about political interference in the IRS's mandated audit process of presidential returns," the senators urge the inspectors general to conduct an immediate investigation into "any undue influence," to "provide reassurance" to Congress on the matter, and "take expeditious action" in the event such interference is found.

Although the House Ways and Means Committee has been trying to obtain six years' worth of Trump's tax returns since last year, Treasury Secretary Steven Mnuchin steadfastly refuses to release the documents, claiming Democrats want to use them to harm the president.