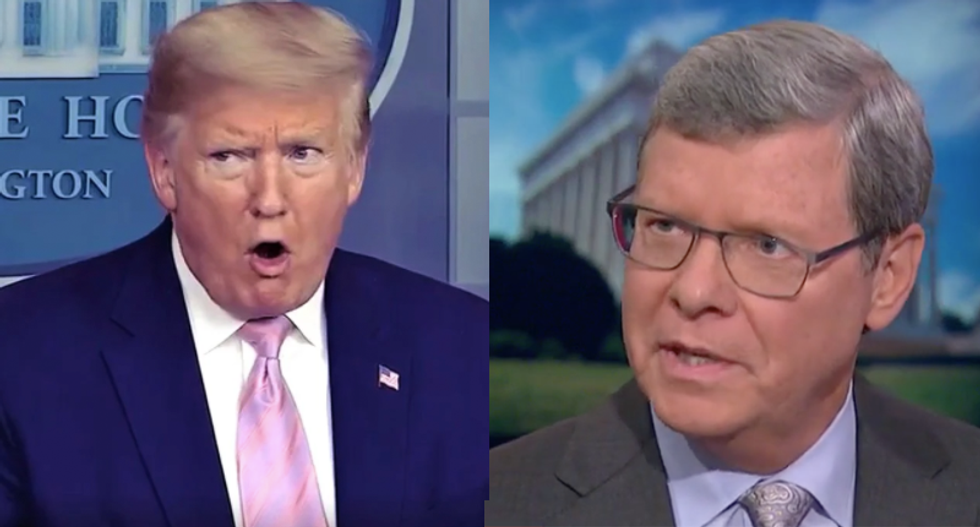 Conservative Charlie Sykes thinks that President Donald Trump's 2020 campaign closing argument can be summed up by "depraved indifference." The term is used to describe a type of murder that reveals conduct "so wanton, so deficient in a moral sense of concern, so lacking in regard for the life or lives of others, and so blameworthy as to warrant the same criminal liability as that which the law imposes upon a person who intentionally causes a crime."

In 2016, Trump was also down nationally by what seemed like an insurmountable amount. He went on to lose the popular vote by 3 million Americans, charging falsely that those were all illegal voters in California. Sykes said that this year feels different.

This year, as opposed to 2016, undecided voters are breaking for former Vice President Joe Biden instead of Trump.

"Also you're seeing a president who is lashing out and flailing, who seems to be going to a cocoon of his own base," he continued. "He's got enthusiastic support of his own base, but he's not reaching out beyond that base. He's going to safe spaces like Fox News, the Rush Limbaugh Show. It's almost like he's in palliative care, let's keep him happy to get through the last two weeks. But also he's not talking about what he wants to be talking about. He ought to be talking about the Supreme Court, about the economy. Instead, the focus is on this pandemic, which he has so badly botched."

Sykes noted that with 40,000 to 50,000 new infections daily, Trump holding superspreader rallies aren't helpful in defending his record on handling the virus.

See the full commentary below: