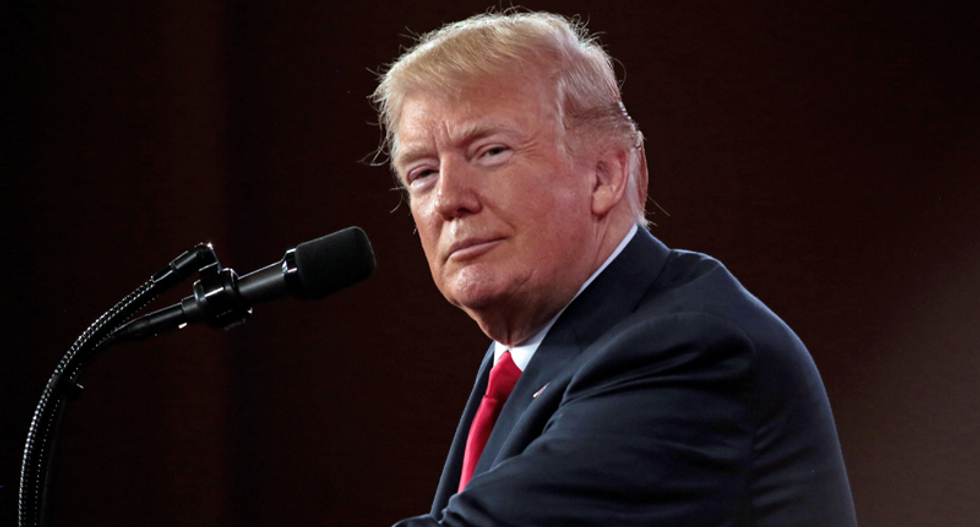 The Trump campaign right now is on a call with the Commission on Presidential Debates, attacking its members after the bi-partisan organization announced new rules in the wake of the president's disastrous performance and behavior Tuesday night. Those new rules including allowing moderators to shut off candidates' microphones if need be.

The Commission has three co-chairs, including a Democrat, a Republican, and the former chair of the League of Women Voters.

One Politico reporter says the "Trump campaign appears to be declaring war on the Commission on Presidential Debates in a call happening right now, describing it as biased against POTUS."

The White House Correspondent for Yahoo News reports the "Trump campaign is holding a press call attacking the Commission on Presidential Debates as 'partisan' and 'anti-Trump.' They've rattled off board members they call 'permanent swamp monsters' while selectively ignoring multiple Republicans on the board including George W. Bush."

“We have not asked for any changes; the Biden camp has,” Trump campaign spokesperson Jason Miller said on the call, according to the Washington Times. The first debate “didn’t turn out the way that they wanted. We think President Trump did absolutely fantastic.”

There is no proof the Biden campaign asked for changes. The Commission almost immediately announced it would implement changes, then did.