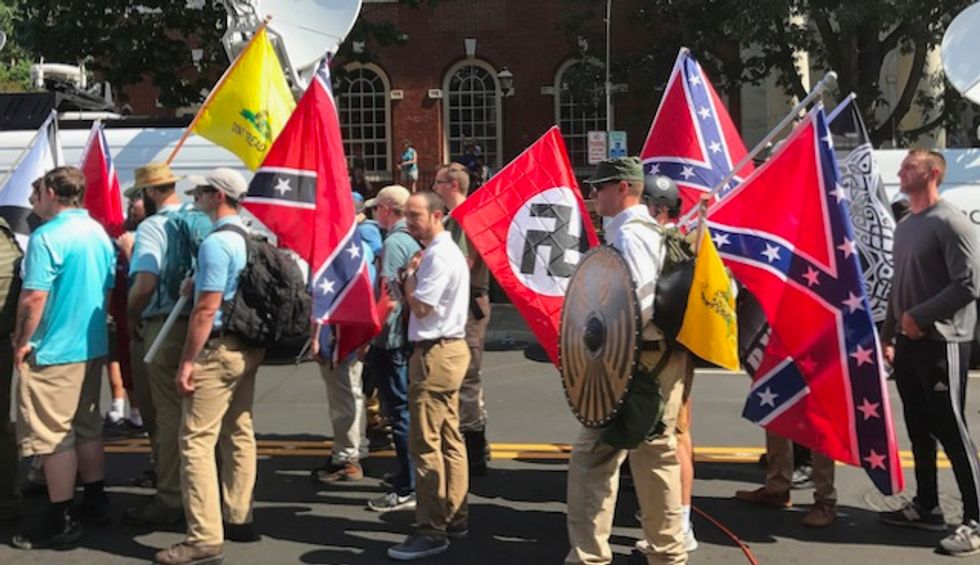 On Tuesday, The New York Times reported that the Department of Homeland Security has released a long-sought report detailing the danger posted to national security by white supremacist groups — after allegedly delaying its release for months due to clashes with the Trump White House.

"The Department of Homeland Security warned on Tuesday that violent white supremacy was the 'most persistent and lethal threat in the homeland' in an annual assessment that a former intelligence chief had accused the agency of withholding in deference to President Trump," reported Zolan Kanno-Youngs. "The intelligence chief-turned-whistle-blower last month accused the department of blocking the report and directing analysts to play down the threat of violent white racism as well as Russian election interference to align the agency’s message with the president’s. But the final report appeared to do no such thing."

Furthermore, according to the report, "Russia is the likely primary covert influence actor and purveyor of disinformation and misinformation within the homeland."

“I am particularly concerned about white supremacist violent extremists who have been exceptionally lethal in their abhorrent, targeted attacks in recent years,” wrote acting Secretary Chad Wolf.

Trump has repeatedly been accused of being unwilling to fully condemn white supremacy. He famously claimed there were "very fine people on both sides" at the neo-Nazi demonstrations in Charlottesville, Virginia in 2017, and told the Proud Boys to "stand by" during the first presidential debate.