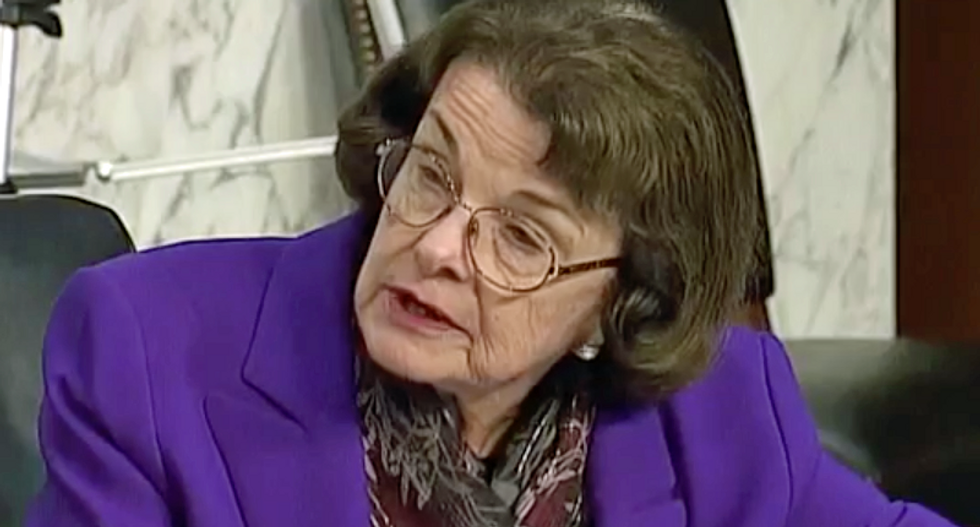 Democrats have been urged to replace Feinstein -- who never went to law school and has never tried a case -- from her position as the ranking Democrat on the committee. If Democrats win control of the Senate in the 2020 election, Feinstein is expected to chair the committee.

"Mr. Chairman, I just want to thank you, this has been one of the best set of hearings that I've participated in and I want to thank you for your fairness and the opportunity of going back and forth. It leaves one with a lot of hopes," Feinstein noted. "Thank you so much for your leadership."

MSNBC analyst Tony Schwartz noted that Feinstein is 87 years old, a topic that trended on Twitter.

"I do believe and I think there is plenty of evidence that she is diminished mentally and that we don't need to parse this too deeply because she wouldn't have said it if she were thinking more clearly," he explained.