Did a maskless Trump supporter flash a ‘white power’ sign at his The Villages rally? 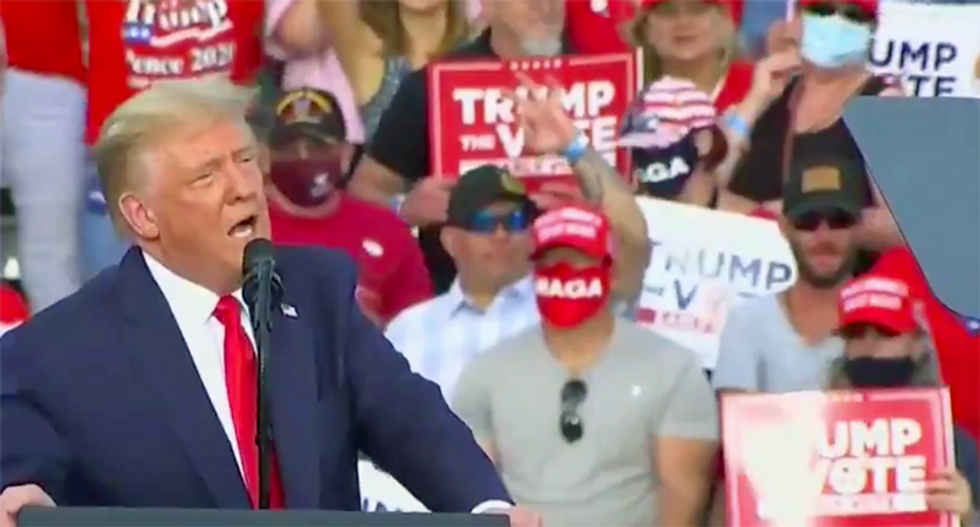 Trump support at The Villages (screengrab)

Did a maskless supporter of President Donald J. Trump really just flash a "white power" sign at his rally at The Villages in Florida?

The sign, with the thumb and index finger’s tips touching while the other three fingers are extended was traditionally known as the okay symbol.

Southern Poverty Law Center said the hand signal is "used ironically by a number of Trump supporters at far-right rallies. It’s been particularly prominent among far-right street protesters such as the Proud Boys and the Northwest-based Patriot Prayer, whose members have prominently displayed the sign in group photos and during street protests."

The group added, "Overt neo-Nazis such as Andrew Anglin mostly make fun of the whole concept of hand signals (he even ran a vulgar cartoon on the Daily Stormer weighing in on the 'controversy'). Yet its use keeps popping up in group photos of far-right hate-group members enjoying like-minded company. Its ubiquity seems to make its use by racists and trolls alike irresistible."

The Villages, the nation’s largest retirement community, "is an expanse of beautiful homes, shops and entertainment venues that bills itself as 'Florida’s Friendliest Hometown,' is critical for Trump if he is to win Florida."

Check out the guy in the sunglasses making the white power hand gesture behind Trump during his rally in The Villag… https://t.co/heJBEa6IXP
— Aaron Rupar (@Aaron Rupar)1603487829.0