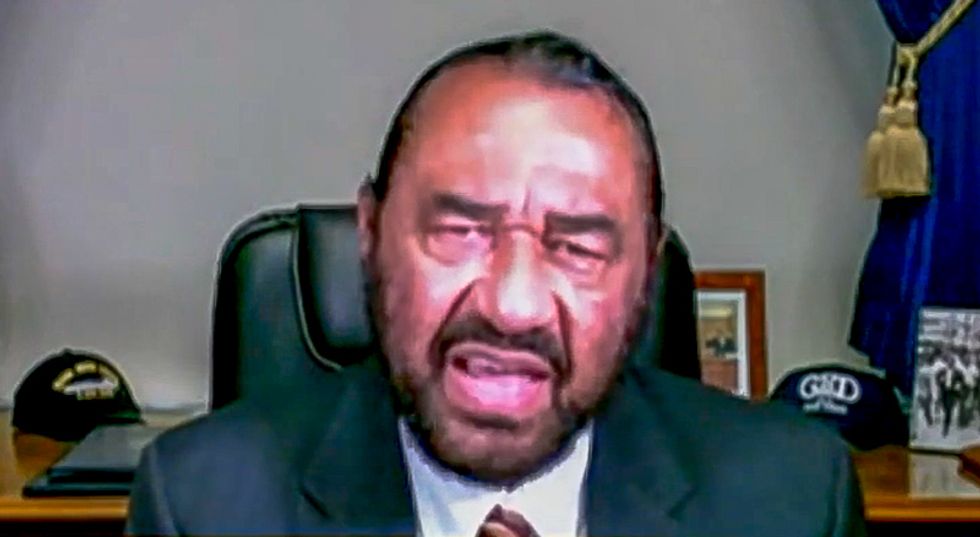 Texas Congressman Al Green (D) on Thursday responded to a man from North Carolina who lectured him about the threat of "pimps and gangbangers."

During a discussion about systemic racism on C-SPAN's Washington Journal program, a Republican named Terry called in from North Carolina.

"It's people like you, Al, that have failed those children," the white caller added. "Barack Obama is a grand example of this. He got to where he was because his rich white grandparents took care of him, while his deadbeat black dad abandoned him."

Green kept his cool while responding.

"A lot of what I do is because I love my country, in spite of my history in the country and how my ancestors were treated," the congressman explained. "Because we helped to build it. We made cotton king, America great. We did a lot to become founding fathers and mothers who have not been acknowledged."

"Now, what he said about the various paraphernalia, needles -- I don't agree with that," Green continued. "You can find that in certain areas where white people are disposing of needles. I've been to skid row and you should go there. And you can see persons of many hues who are really down and out and need a lot of help."

"But what I do say to you is this," Green said. "If you examine the empirical evidence, you find that insidious discrimination exists in health care, it exists in walks of life where we are not ordinarily bringing it to the forefront discussing it. I don't mind all of the slings and arrow that are thrown at me, but someone has to speak truthfully about what's happening to African-Americans in this country."

Green noted that even though he wears a suit and tie, "I, too, have been a victim of police misconduct."

"These things happen to us," he observed. "Thank god for the body cameras. The cameras are revealing what we have been saying."