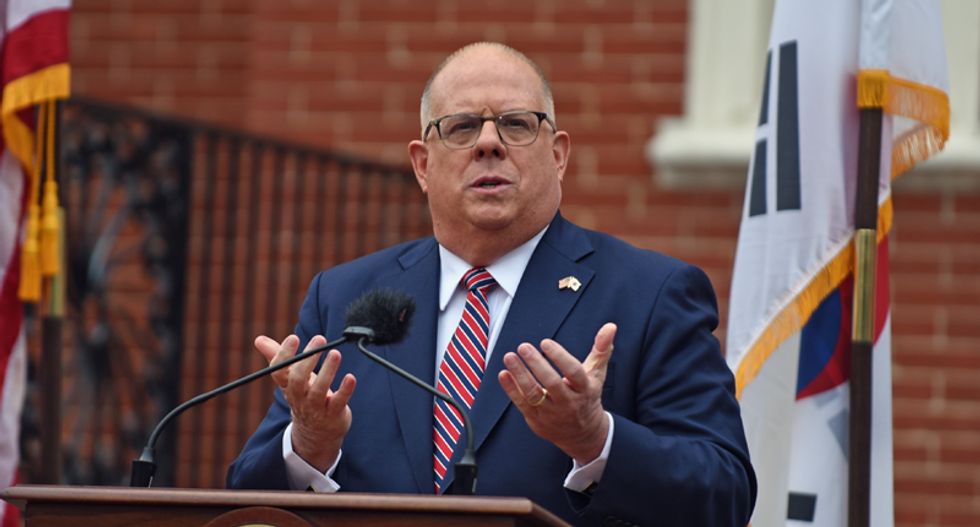 During an interview with The Washington Post on Thursday evening, Hogan confirmed he cast his ballot by mail last week writing in the name of the 40th U.S. president who he described as his "hero in politics."

"I'm a lifelong conservative Republican," Hogan said as he went through a list of his previous campaign efforts for Reagan. "Reagan was the guy. I marched around as a college kid on the floor of the convention with a Reagan hat and a Reagan sign."

According to Hogan, the decision was made as a political statement. While many people have suggested any vote for a third-party with no chance of winning is, subsequently, a vote for Trump, Hogan appears to believe his vote won't help the president due to his deeply unfavourability among Maryland voters. In addition to Trump's disesteem in Maryland, Biden is reportedly leading by a wide margin.

"I know it's simply symbolic. It's not going to change the outcome in my state," Hogan said. "But I thought it was important to just cast a vote that showed the kind of person I'd like to see in office," Hogan said of his ballot this year."

Hogan went on to praise Reagan for his ability to appeal to not only conservatives Republicans but also blue-collar Democratic voters. The Republican governor insists Reagan's rules are still an intricate part of his own political playbook.

"People really want someone who's pragmatic, who's not afraid to compromise," he said.

Hogan's remarks come as tons of undecided voters continue to mull over their decision as Election Day approaches. According to multiple reports, voters like Hogan could greatly impact the outcome of the election in multiple swing states.